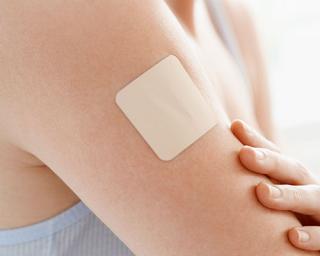 Noven Pharmaceuticals has obtained the Food and Drug Administration’s clearance for Xelstrym (dextroamphetamine) transdermal system, for the treatment of Attention-Deficit/Hyperactivity Disorder for adults and pediatric patients 6 years and older.

“The availability of Xelstrym underscores the need for a non-oral amphetamine treatment for ADHD,” said Greg Mattingly, associate clinical professor of psychiatry at The Washington University School of Medicine in St. Louis, Missouri. “As a once-daily transdermal patch, Xelstrym provides clinicians and their patients, many with varying daily schedules, the ability to share in the decision making process of determining when to apply and subsequently, when to remove the patch to optimize the desired benefit of individualized treatment.”

“FDA’s approval of Xelstrym provides people living with ADHD a new option to manage a medication schedule that fits their individual lifestyle,” Joel Lippman, COO and chief medical officer of Noven, said. “As the first amphetamine transdermal patch available for the treatment of ADHD in adults and pediatrics, this is a significant milestone for Noven and our goal of offering new options for clinicians, caregivers and patients for the treatment of ADHD. This approval enables our team to finalize preparations for commercial launch in the U.S. as early as the second half of this year.” 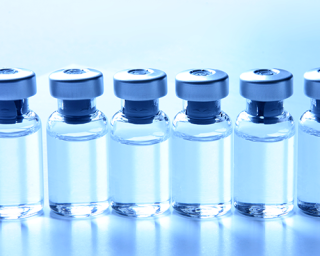 Hikma is introducing benztropine mesylate injection in a 2mg/2mL dose in a vial format.

The medication is indicated as an adjunct in the therapy of all forms of Parkinsonism.

The company shared that this launch broadens the choice of medicines available to hospitals.

Benztropine mesylate injection had a market value of approximately $5 million in the 12 months ending December 2021, according to IQVIA. 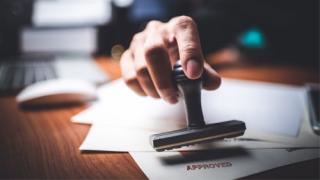 The Food and Drug Administration has given Novartis the green light for Pluvicto (lutetium Lu 177 vipivotide tetraxetan).

The therapy is for the treatment of adult patients with a certain type of advanced cancer called prostate-specific membrane antigen-positive metastatic castration-resistant prostate cancer that has spread to other parts of the body (metastatic). These patients have already been treated with other anti-cancer treatments (androgen receptor pathway inhibition and taxane-based chemotherapy).

"The approval of Pluvicto is an important clinical advancement for people with progressing mCRPC, as it can significantly improve survival rates for those who have limited treatment options," Oliver Sartor, medical director at Tulane Cancer Center, said. "Pluvicto is a step forward in the evolution of precision medicine for prostate cancer."

Pluvicto is the first targeted FDA-approved radioligand therapy for eligible patients with mCRPC that combines a targeting compound (ligand) with a therapeutic radioisotope (a radioactive particle), and is expected to be available to physicians and patients within weeks.

The FDA also has approved Locametz (kit for the preparation of gallium Ga 68 gozetotide injection). After radiolabeling, this imaging agent may be used to identify PSMA-positive lesions in adult patients with mCRPC through a positron emission tomography scan. Gallium-68 labeled Locametz can identify tumor lesions expressing the PSMA biomarker and locate where in the body tumors may have spread (e.g., in soft tissue, lymph nodes, or bone), identifying patients eligible for targeted treatment with Pluvicto. PSMA is highly expressed in more than 80% of patients with prostate cancer, making it an important phenotypic biomarker for assessing the progression of metastatic prostate cancer. Locametz is expected to be available to physicians and patients within weeks.

"With our unique strategy to tackle cancer by leveraging four therapeutic platforms, I am thrilled that with Pluvicto, we are bringing the targeted RLT platform to bear for treating eligible patients with mCRPC," Susanne Schaffert, president of Novartis Oncology, said. "Today's approval builds upon our history in prostate cancer, a devastating disease where we believe our innovation can make a meaningful difference to patients."

"Prostate cancer is the second-leading cause of cancer-related death in Americans with a prostate gland. Although the treatment landscape for mCRPC continues to evolve, there is a high unmet need for additional precision medicine treatment options to improve outcomes for these patients," Jamie Bearse, CEO and president at ZERO – The End of Prostate Cancer, said. "The approval of Pluvicto offers new hope to the mCRPC community." 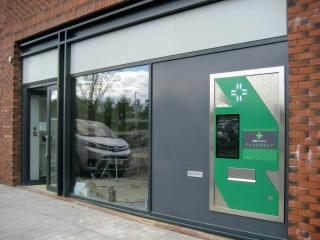 Comco Systems, a major provider of custom and standard pneumatic tube delivery systems for drugstores and other markets, is set to market the Pharmaself24 Automated Drug Delivery System in the United States.

Initially, Comco Systems’ efforts will focus on the state of Texas where ADDS’s are approved by the Board of Pharmacy. Comco Systems also has been granted first right of refusal for other states and several drug chains.

ADDS, such as the Pharmaself24 system, allows for refill prescriptions, stored inside the pharmacy, to be made available for pick-up by patients through a secure exterior portal, similar to an ATM.  This allows consumers the ability to pick-up their prescriptions even when the pharmacy is closed.

“We feel the Pharmaself24 system will fit perfectly into our current offering. The unique design of Pharmaself24 will appeal to pharmacies that cannot install a drive-up solution due to the layout of the drug store,” said Patrick Johnson, president of Comco Systems.

Pharmaself24 is a product of Videosystems SRI, located in Schio, Italy. The company shared that it has been producing kiosk technology for more than 30 years, having installed thousands of video disc kiosk in Europe. It also noted that about 10 years ago, as the market for videos started to decline, Videosystems designed Pharmaself24.

The first PharmaSelf24’s were installed in Holland, one of the first European countries to authorize ADDS. Today, 25% of the 1,900 pharmacies in the Netherlands feature one, or more, Pharmaself24 systems, the company said.

“We are delighted that such a well-established company with experience in supporting pharmacies has agreed to represent Pharmaself24 in the United States," said Stefano Tassello, CEO of Videosystems.

"With all the challenges facing pharmacy we expect pharmacies of all types will appreciate the accuracy, labor saving and customer service enhancing benefits of Pharmaself24,” said Enrico Dona, Pharmaself24 sales director.

“The interest in automated drug delivery systems is growing with several prominent companies bringing products of this type to the market," said Melissa Carder, owner of Comco Systems. "Comco has been investigating the market for nearly two years and finally decided the cost, durability and security features of the Pharmaself24 made it the one we felt best met the needs of the customers our company serves.” 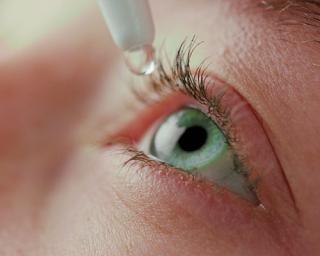 AbbVie’s Allergan announced that one of its products is now available without a prescription.

Consumers can find Lastacaft, alcaftadine ophthalmic solution 0.25%, over the counter.

“Seasonal and year-round allergies affect millions of Americans, from young children to adults, and we are pleased that Lastacaft is now available without a prescription as a safe and effective option to relieve itchy eyes caused by allergies within minutes,” Jag Dosanjh, president of U.S. neuroscience and eye care at AbbVie said. “The Lastacaft over-the-counter switch exemplifies our commitment to providing quality eye care products and expands our retail eye drop portfolio, which also includes the leading Refresh family of products for relieving dry, irritated eyes.”

Available in a 5 ml multidose bottle that contains a 60-day supply, Lastacaft also comes in a twin pack for a 120-day supply, the company said. 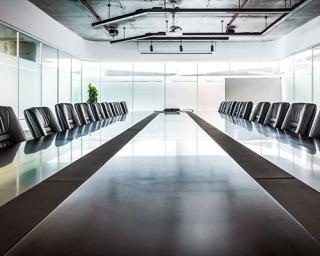 ANI is welcoming Renee Tannenbaum to its board of directors.

Tannenbaum has over 35 years of management experience in the pharmaceutical industry.

“We are honored to bring Dr. Tannenbaum’s vast biopharmaceutical commercial experience and expertise to our board of directors. With her many accomplishments and proven track record of developing and implementing innovative commercial strategies, and driving growth, Dr. Tannenbaum will be a great asset to the company, especially as we move forward with our commercialization of Purified Cortrophin Gel,” said Patrick Walsh, chairman of the board of ANI.

With her appointment, which is effective immediately, ANI’s board of directors has nine members, the company said.

Tannenbaum is a strategic advisor for several biopharmaceutical and device companies and serves on the Cardiff Oncology board of directors and as a board advisor to Aerami Therapeutics. She was previously vice president of global partnering at Halozyme and head of global customer excellence at AbbVie, where she was responsible for building commercial capabilities for the organization.

“I am thrilled to join the board of directors at this pivotal point in ANI’s trajectory. With the Novitium acquisition completed, and the launch of Cortrophin Gel underway, the company has many exciting years ahead, and I look forward to providing my perspectives to management along the way,” Tannenbaum said.

Previously, she served as president of Myrtle Potter & Co., a global life sciences consulting and advisory firm and executive vice president and chief commercial officer at Elan Pharmaceuticals, where she was responsible for, among other things, revenue generation for Elan’s marketed products, preparing for the commercialization of the company’s pipeline and strengthening the company’s overall commercial capabilities.

Prior to her role at Elan, Tannenbaum was at Novartis Pharma AG, where she led the Global Commercial Operations organization. She also spent nine years at Bristol Myers Squibb and 16 years at Merck where she held a variety of leadership positions.

Tannenbaum previously served on the boards of Zogenix, Nordic Nanovector ASA, Cipher Pharmaceuticals, Sharps Compliance and Immune Pharmaceuticals, and retains a faculty position at the University of the Sciences’ Mayes College of Healthcare Business and Policy. She received her Doctor of Pharmacy degree from the Philadelphia College of Pharmacy and Sciences, her MBA from Temple University, and her Bachelor of Science degree in Pharmacy from the University of Connecticut.