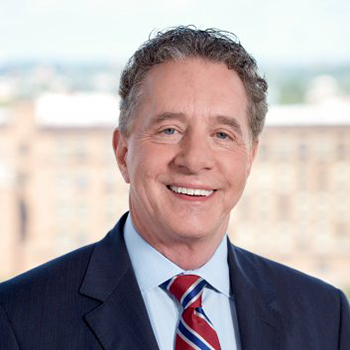 The Association for Accessible Medicines has promoted David Gaugh to executive vice president for sciences and regulatory Affairs.

AAM noted that this is the third time that Gaugh has led Generic Drug User Fee Amendments and Biosimilar User Fee Act negotiations on behalf of the industry. He testified before the U.S. Senate earlier this year regarding the user fee reauthorization and has appeared before Congress and the FDA countless times as an industry expert and resource over the course of the last decade.

“David’s leadership through multiple rounds of negotiation and reauthorization of GDUFA and BsUFA have brought incalculable value to both industry and American patients,” said Dan Leonard, president and CEO of AAM.

“But beyond that, his unparalleled knowledge of the prescription medicine ecosystem, from raw materials to manufacturing to the pharmacy counter, is a tremendous asset to AAM and our ability to advocate effectively for enhanced patient access to safe, affordable and effective generic and biosimilar medicines,” said. “The board of directors and I are pleased to announce his promotion to executive vice president and look forward to relying on his sage counsel for years to come.”

Gaugh joined AAM in 2012 as senior vice president for sciences and regulatory affairs, where he is responsible for the professional liaison functions between member companies, agencies of the U.S. government and legislative bodies for all responsible areas. Prior to joining AAM, he was vice president and general manager of Bedford Laboratories, a division of Ben Venue Laboratories and a wholly owned subsidiary of Boehringer Ingelheim.