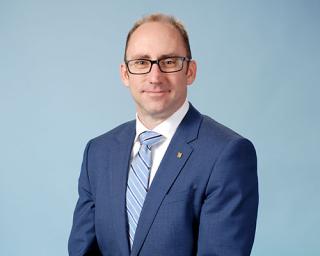 Walgreens Boots Alliance has promoted a longtime Walgreens executive to lead the chain. The company on Wednesday named Richard Ashworth president of Walgreens, a position that has been held since 2014 by WBA co-COO Alex Gourlay, who is set to focus more broadly on that role.

In his new role, Ashworth, who had been president of operations since 2017, will oversee strategy development for the company, as well as full responsibility for its leadership, development and management. A pharmacist by training, Ashworth — whose father also worked for Walgreens beginning in the 1970s —joined Walgreens in 1992 as a service clerk, and throughout his career has held roles with increasing responsibility across the company, from pharmacy and health care commercial to retail and other segments. Ashworth

“I didn't know in 1992 when I started as a cashier that this is this is where I would be,” Ashworth told Drug Store News. “But I've grown up with this brand and I have a great passion for it. And I have a lot of respect for our customers and for our employees. And the industry has a lot going on — there are a lot of challenges — but I'm really looking forward to engaging those. Walgreens is just an iconic brand that lives in communities all across America and I'm looking forward to accelerating what we do in the lives of our customers and patients.”

One of the cornerstones of Walgreens’ strategy in recently has been partnerships in various sectors, including its pilot of stores that carry grocery items and private-label items from Kroger, a joint-venture group purchasing organization with Kroger, a primary care partnership with VillageMD, IT partnerships with Microsoft and Tata Consultancy Services, a Jenny Craig in-store weight loss offering, and a collaboration with UnitedHealthcare to have in-store Medicare service centers. Ashworth said Tuesday that he had been visiting several stores featuring partnerships, and has plans to continue to build on them.

“I’m in Las Vegas coming back from seeing some of the investments and partnerships that we have, and partnership is one of the core values of WBA,” Ashworth said. “So to use a Vegas term, I'm going to double down on that. I think partnerships are a great way for us to get speed and expertise when others do what they do best and bring that into an environment where we can use our brand, our customer channel and, of course, our pharmacy and health and beauty business in a different way.”

Ashworth also takes the helm at Walgreens two months before he is set to assume the chairmanship of the National Association of Chain Drug Stores, having served as vice chairman for the past year.

“I’m really looking forward to taking over as chair, and I think Chris [Lane of Wakefern Food], who's the chairman now, is doing a fantastic job,” Ashworth said, noting that Walgreens, like the wider industry, is facing hurdles — from reimbursement pressure to regulatory changes — while also trying to expand the scope of pharmacists’ practice. “Those are all priorities within Walgreens to try and remedy, and they’re exactly in alignment with NACDS.”

Walgreens executive chairman and CEO Stefano Pessina called Ashworth "a strong leader who grew up with the Walgreens brand and who has a great appreciation for its storied heritage. He truly understands our customers and is passionate about the role we play in their daily lives. We are pleased to have Richard lead the Walgreens business, and lead the charge as we create the Walgreens of the future."

With Ashworth moving into the Walgreens president role, Walgreens said that Gourlay will continue to carry out the broader responsibilities of being co-COO, including oversight of Walgreens and Boots, execution and transformation, as well as working with co-COO Ornella Barra to oversee global operations.

“I would also like to thank Alex for his leadership and dedication through a pivotal time, following the formation of Walgreens Boots Alliance, and most recently into a period of rapid change across pharmacy and retail,” Pessina said. “He will continue in a key, global role as a member of my leadership team, advancing our health and wellness strategy while working closely with Richard.”