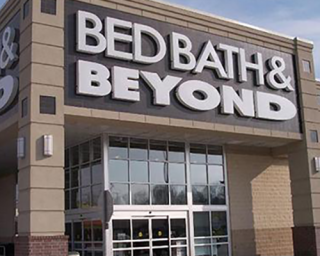 Bed Bath & Beyond is reducing the size of its corporate workforce as it continue efforts to turnaround its ailing business.

The struggling home goods retailer announced a restructuring plan that includes a reorganization and simplification of its field operations, significant reduction in management positions across the business and outsourcing of several functions to allow the company “to focus on core competencies.” About 500 positions are being eliminated as part of the plan.

Bed Bath & Beyond said it expects to reduce expenses by roughly $85 million annually as a result of the plan. It said it plans to trim several hundred million dollars in costs over the longer term.

The plan is the latest move announced by CEO Mark Tritton, formerly chief merchandising officer at Target, who took the reins of Bed Bath & Beyond in November and is working to turnaround the ailing business. In December, the company announced a management shakeup that saw six senior executives leave the company. Recently, it announced plans to invest up to $400 million on store remodels, IT and supply chain improvements.

“We are announcing extensive changes today to right-size our organization as part of our efforts to reconstruct a modern, durable business model,” said Tritton. “We do not take this action lightly but, while difficult, these measured and purposeful steps are necessary. This will reset our cost structure, allowing us to re-invest where it matters most to our customers, to re-establish our authority in the Home space."

Bed Bath & Beyond said expects to incur net pretax charges of about $26 million, mainly for paying out severance and related costs, which will be expensed in its fiscal fourth quarter.