Coborn's and McKesson High Volume Solutions are working to improve the grocery chain's pharmacy efficiency. The two companies announced the integration of  Mckesson HVS' ExpressRx Track with the pharmacy operations of the employee-owned grocery chain that manages 38 retail pharmacy locations in Minnesota, South Dakota and Wisconsin.

ExpressRx Track is a compact and expandable prescription processing system that can initially dispense up to 2,000 prescriptions per 8-hour shift with 99.99% robotic accuracy, the company said.

Coborn's principal objective for the ExpressRx Track implementation was to migrate prescription fulfillment from its local pharmacies to a central fill system as quickly as possible and with minimal interruption to both patients and staff. The chain initially planned for a six-month to one-year integration, but the central fill system was fully implemented and achieving its one-year throughput goal (30% of eligible prescriptions) in just 90 days. While Coborn's intended to phase in its pharmacies gradually during the implementation process, the chain in fact integrated nearly all of its pharmacies within the first month, the company said.

Since the ExpressRx Track implementation, prescription fulfillment has become much more efficient across Coborn’s pharmacy operations. Fulfillment queues in each pharmacy have been reduced by as much as 60% at the start of the day, which creates a less stressful work environment for pharmacists and staff. Increases in fulfillment efficiency also give pharmacists more time to counsel patients on their medication regimens and promote clinical services that enable patients to lead healthier lives.

“We expected that working with McKesson HVS would go well based on our research, but the implementation of the ExpressRx Track system exceeded our expectations,” said Jim Cox, Coborn's senior director of pharmacy, liquor and convenience. “Additionally, our pharmacy staff did an outstanding job supporting the transition. We achieved our desired percent of volume of eligible prescriptions in just 90 days as opposed to our target goal of 6 months to one year. Plus, we were able to bring all of our pharmacy locations online a lot quicker than originally planned.” Because of the early adoption by its stores, Coborn’s plans to expand ExpressRx Track in 2020 to further increase its central fill throughput."

Brian Doyle, vice president and general manager of McKesson HVS added, “The ExpressRx Track implementation really was a collective effort. Coborn's and McKesson HVS partnered to develop and execute a central fill strategy that meets Coborn's current business needs, but is also flexible enough to support future expansion. The fact that we were able to implement so quickly and smoothly is a testament to the close working relationship between our two organizations.” 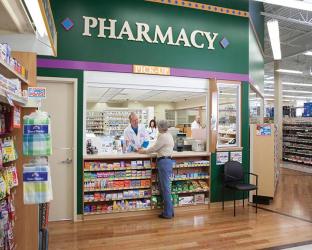 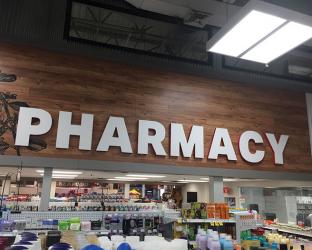 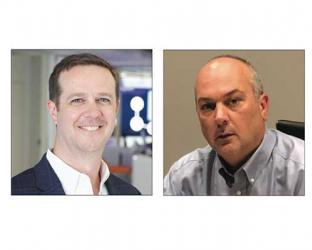 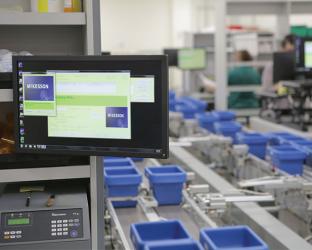 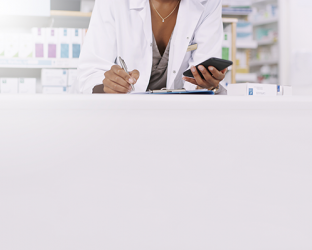 In this Issue
Supermarkets turn to tech to stay ahead