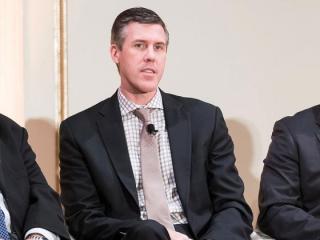 In the wake of the announcement of Hourican's departure, a CVS Health spokesperson said that Jon Roberts, CVS Health executive vice president and COO, will lead CVS Pharmacy in an interim capacity while the company conducts an internal and external search for a new leader.

Hourican joined CVS Pharmacy in 2012, serving initially as senior vice president of operations for the company's East division, overseeing roughly 5,000 stores in 21 states, the District of Columbia and Puerto Rico. Following that he moved into the role of senior vice president of retail pharmacy, overseeing the chain's retail pharmacy business and overseeing the rollout of the company's ScriptPatch prescription management system, as well as adherence programs and the debut of home delivery. He took the reigns as president of CVS Pharmacy in 2018 as the company undertook its acquisition of Aetna. Since then, Hourican has overseen the rollout of CVS Pharmacy's HealthHUB store format as it has sought to bring together its retail offering and Aetna and serve as a healthcare destination.

“We are pleased to welcome Kevin as our new president and CEO. Kevin brings a demonstrated track record of delivering strong growth, market share gains, customer service improvement and operational efficiencies within large and complex environments, having run an $85 billion business and leading large divisions at multi-unit retailers," said Sysco executive chair Ed Shirley. "He takes a strategic approach to winning in underdeveloped markets while driving new innovation. The board is highly confident Kevin has the skillset and vision to capture the opportunities ahead and we look forward to working with him and the full leadership team to deliver enhanced value for shareholders."

Before working with CVS Health, Hourican held executive positions at Macy's and Sears.

“I am thrilled to join the Sysco team. Sysco has an exceptional business model and significant headroom for profitable growth," Hourican said.