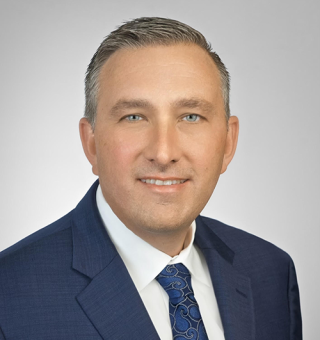 After almost 25 years, Kenneth 'Wayne' Orvis, is leaving Walgreens, where he most recently served as group vice president of pharmacy and retail operations.

Orvis is leaving Walgreens on April 30. He is joining US Radiology Specialists as chief operating officer on May 1.

“I have made the tough decision after nearly 25 years to leave Walgreens,” Orvis said.

Orvis rose to his current position at Walgreens after embarking in a career at the retailer in store management in September 1997 and becoming a district manager in 2004.

About Walgreens
Walgreens is included in the United States segment of Walgreens Boots Alliance, an integrated healthcare, pharmacy and retail leader serving millions of customers and patients every day, with a 170-year heritage of caring for communities. Walgreens purpose is to champion the health and well-being of every community in America. Operating nearly 9,000 retail locations across America, Puerto Rico and the U.S. Virgin Islands, the brand says it is proud to be a neighborhood health destination serving approximately 9 million customers each day. Walgreens provide a wide range of pharmacy and healthcare services, and the retailer offers a true omnichannel experience, with fully integrated physical and digital platforms supported by the latest technology to deliver products and services in local communities nationwide.

Walgreens turns to robots to fill prescriptions, as pharmacists take on more responsibilities

Walgreens CEO Roz Brewer is named highest-paid female CEO, based on a study