The costs of medication nonadherence — both in terms of lost lives and a massive waste of therapeutic resources — have weighed heavily on patients and health plan payers, and made adherence efforts a priority for most pharmacy retailers. Technology companies are keeping pace with new software offerings and automated compliance packaging solutions to support those efforts to fight the $300 billion that nonadherence is estimated to cost the healthcare system annually.

Efforts to boost adherence are “the focus of the entire pharmaceutical industry right now,” according to Craig Norman, senior vice president of pharmacy at San Antonio-based H-E-B.

“Not only every retailer, but every brand and generic pharmaceutical company has that same goal,” Norman said.

Nearly every pharmacy chain — from CVS Pharmacy to such regional players as Plymouth, Minn.-based Thrifty White and Sioux Falls, S.D.-based Lewis Drug — has launched an adherence program in recent years. The programs offer a way to boost their patients’ health outcomes, reduce costly hospital readmissions, better their Medicare Star ratings and otherwise contribute to the broader health system. And they’ve enlisted their technology partners in an ongoing campaign to document and measure the effectiveness of those efforts.

“We’re trying to get where we can gather and present adherence data, and we’re talking (extensively) to our vendors about it,” Lewis Drug senior vice president of professional services Bill Ladwig said.

Hand-in-hand with the industry’s adherence campaign is the growing movement among chain and independent pharmacies to offer prescriptions synchronized to a once-monthly pickup schedule for patients.

In addition to offering patients convenience, med sync also opens the door to a closer long-term relationship between patient and pharmacist, as monthly pickups can be parlayed into regular one-on-one pharmacist-patient consultations about medication regimens, managing chronic conditions and other issues.

The role that robotic prescription packaging systems play in boosting adherence is key, according to Quebec, Canada-based Synergy Medical, a major supplier of blister pack and unit-dose technology. The company noted that blister packs can improve adherence by between 61% and 97%, and that its SynMed XF and new SynMed Ultra automation makes the process scalable in a way that manually preparing blister packs is not. 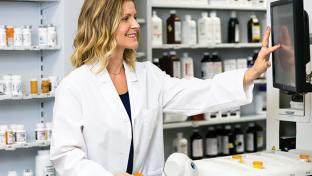 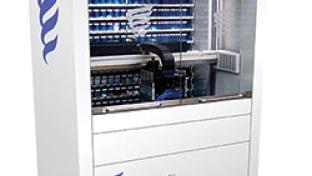 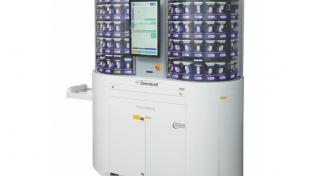 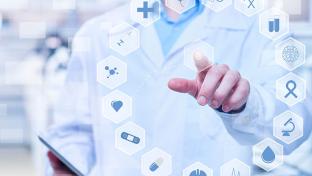 News
Omnicell rolls out adherence, workflow enhancement to its PMAP 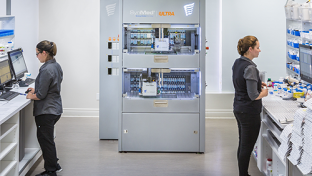