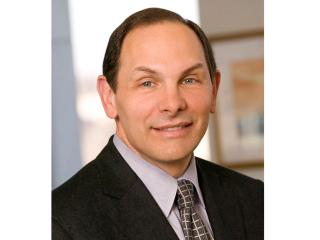 McDonald retired from P&G as chairman, president and CEO in 2013 after 33 years of service. McDonald led P&G from 2009 to 2013, during which time P&G realized annual sales of more than $84 billion dollars.

McDonald, who joined P&G in 1980, has a military background. The West Point graduate served as the Brigade Adjutant for the Corps of Cadets and was awarded the Silver Medal from The Royal Society for the encouragement of Arts, Manufacturing and Commerce, for being the most distinguished graduating cadet in academics, leadership and physical education. Upon graduation he was elected to the Phi Kappa Phi Honorary and earned his Engineer-In-Training qualification from the State of Pennsylvania.

After graduation, he served as a Captain in the U.S. Army for five years, primarily in the 82nd Airborne Division. During his service, he not only completed his qualifications for Airborne, Ranger, Jungle, Arctic and Desert Warfare, Jumpmaster, Expert Infantry and Senior Parachutist, but also earned an MBA from the University of Utah in 1978. Upon leaving the military he received the Meritorious Service Medal.

In response to the news, House Speaker John Boehner, R-Ohio, stated, "Bob McDonald is a good man, a veteran and a strong leader with decades of experience in the private sector. With those traits, he's the kind of person who is capable of implementing the kind of dramatic systemic change that is badly needed and long overdue at the VA. But the next VA secretary can only succeed in implementing that type of change if his boss, the president, first commits to doing whatever it takes to give our veterans the world class healthcare system they deserve by articulating a vision for sweeping reform. Our nation's veterans deserve nothing less."

Also commenting on the news, U.S. Senator Rob Portman, R-Ohio, stated, “I'm glad to see the President reach out to someone with a wealth of experience managing a complex organization who has also had a distinguished military career as a West Point graduate and Army Ranger. The next VA Secretary will face significant challenges because of the systemic problems throughout the VA and their mismanagement of veterans' health services. I've met with veterans from all over Ohio over the past several weeks and received their input on how best to fix the VA. I plan to share their views with Bob during his confirmation, which I plan to support. While new leadership at the top of the VA is desperately needed, it is also critical that the new secretary have the necessary tools to effect change and enforce accountability, including the ability to hire and fire top VA personnel.”