ARLINGTON, Va. — In response to Hurricane Harvey (now Tropical Storm Harvey), which has brought devastating flooding to southeastern Texas, chain and associate member companies of the National Association of Chain Drug Stores have mobilized in collaboration with public health partners and emergency preparedness authorities to meet the ongoing needs of people in Texas affected by the storm.

Retail pharmacy operators have responded to the emergency with everything from donations and supplies to generators and mobile food trucks.

Drug Store News first reported the quick response by the retail pharmacy community to help those in the path of Tropical Storm Harvey, which made its second Texas landfall earlier this morning.

On Tuesday, Walgreens updated its commitment to serving those impacted by Harvey through the donation of food items, first aid and medical equipment including blood pressure cuffs, glucometer strips, catheters and transport wheelchairs to the American Red Cross emergency shelter at the George R. Brown Convention Center in Houston. And Walgreens is working with United Airlines to transport the first aid and medical items from Chicago to Houston on a flight with relief supplies.

“Our hearts go out to the people in Southeast Texas who are going through tremendous personal losses from Hurricane Harvey and the flooding that has followed,” stated Richard Ashworth, Walgreens president of pharmacy and retail operations. “We stand ready to continue to support our customers and employees who live in the region.”

More than 300 out of approximately 500 Walgreens stores in southeast Texas and Louisiana are now open, Walgreens reported.

Similarly, The Kroger Foundation earlier this week committed $100,000 to the Houston Food Bank, America's largest food bank serving 600 hunger relief charities in 18 southeast Texas counties, to supply operational support and meals to families affected by the floods. For every social share of the #KrogerCares post, the Foundation will donate $5 to the Food Bank, up to $100,000. Additionally, Kroger is inviting customers to join giving efforts by donating through in-store programs.

And Albertsons announced a nationwide fundraiser to help people impacted by Hurricane Harvey.  Albertsons and the Albertsons Companies Foundation is matching the first $200,000 donated by customers.

"As a company with a long and proud presence in Texas, including the hardest-hit areas, we're committed to helping our neighbors get through this crisis," stated Bob Miller, chairman and CEO, Albertsons. "We know that the needs are immense, but so is our resolve for making a meaningful impact on the emergency response and humanitarian efforts. Our thoughts and prayers are with Texas."

Along with the financial assistance, the company's Albertsons and Tom Thumb stores in Dallas—Fort Worth donated refrigerated tractor trailers to bring and store food at the Salvation Army's rescue shelter in Houston. They are also working with multiple food banks throughout Texas to provide food and other necessities to multiple emergency shelters in and around Houston and Dallas—Fort Worth.

And not all NACDS retail members contributing to Texas are from the area. Hy-Vee announced Tuesday they will be accepting customers’ donations for those affected by Hurricane Harvey. Hy-Vee will match all donations received from Aug. 30 to Sept. 30, up to $100,000. Funds will be provided to the American Red Cross to help with relief efforts, including supporting volunteer efforts, opening shelters and providing meals and other supplies.

“No matter where we are from, we all stand with the people of Texas impacted by the devastation of Hurricane Harvey,” stated Randy Edeker, chairman, president and CEO of Hy-Vee. “We look forward to working with customers to bolster relief efforts for this unprecedented and catastrophic event.”

NACDS continues to collaborate with partner Healthcare Ready, a nonprofit dedicated to strengthening the healthcare supply chain, to provide ongoing assistance and coordination of response efforts. 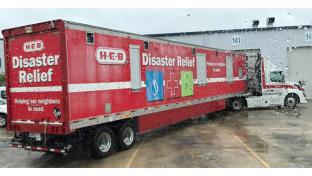 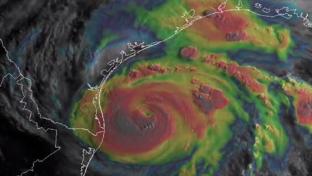 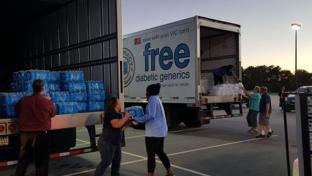 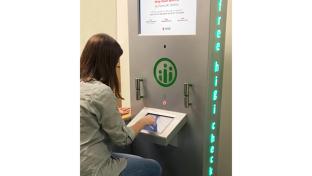 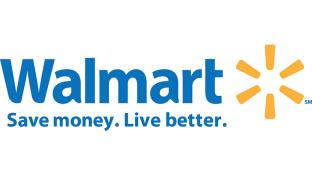