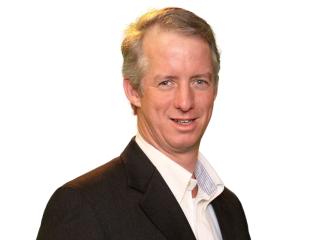 The United States is in the midst of a prescription drug abuse epidemic as addiction, overdoses and deaths associated with non-medical drug use have risen dramatically over the last decade.1 In 2009, U.S. drug overdose deaths outnumbered motor vehicle accident deaths for the first time.1 To help combat this alarming trend, Prescription Drug Monitoring Programs are being utilized in states to identify prescription fraud, forgeries, doctor shopping and improper prescribing. These programs are used by prescribers and third party payers to provide good clinical medical care and promote patient safety.

The use of PDMPs has been found to positively influence the prescribing practices of medical practitioners.1 PDMPs can also be used by workers compensation entities, Medicaid departments, emergency providers and drug courts. Since states with proactive PDMPs typically have lower rates of treatment admissions, it is clear the use of PDMPs can have an impact on reducing overall healthcare treatment costs.1

One problem limiting the positive impact of these programs is underutilization. Prescriber registration rates vary from state to state, with a median registration rate at 35%.2 A major obstacle to increased prescriber and dispenser participation in PDMPs is the disruption of workflow involved in retrieving this information. The use of standalone web portals in the existing PDMPs that don’t integrate via physician and pharmacy practice management systems is another deterrent to usage.

A second obstacle within the current PDMP system is the lack of interoperability between the respective PDMPs. Without a federal mandate, states are developing unique systems that will make the exchange of data across state lines complex. The Department of Health and Human Services issued a report to Congress in September 2013, which suggested that states should require dispensers and prescribers to register with the state PDMP. HHS also recommended that real time access to the PDMP data should be enabled, and that PDMP activity be reported within minutes of a prescription being dispensed.1

It appears that the states are responding to the HHS recommendations. In 2014, 30% of the states crafted legislation that would adjust the requirements for PDMPs. New York and Kentucky had previously passed laws mandating registration and use of the state PDMPs. In the 2014 legislative session, Pennsylvania and New Jersey introduced bills mandating registration and use by both practitioner and prescriber with penalties and/or licensure consequences for violators. In addition, Colorado, Iowa, and Oklahoma debated whether PDMP data sharing with bordering states should be permitted.

Since pharmacies operate primarily with real time transactions, standard data sets would benefit PDMP utilization, as well as efficient patient care. The development of model state legislation, model interstate compacts and model contracts would also promote uniformity among the states. Other potentially beneficial steps would be the adoption of Federal uniform standards and incorporation of that data into EHR systems to improve utilization.

This article provides just a small example of the need for improvements in healthcare IT and interoperability, while opening the door for those in the healthcare IT industry that are ready to deliver solutions to remedy these issues.

As the Emdeon Pharmacy Services director of government product development and manager of government affairs, Wendy Cloe focuses on supporting sales, operations and product teams with legislative and regulatory analysis. With 14 years of state and federal government relations experience, she has assisted in educating her employers and clients regarding policy changes in the healthcare insurance and PBM industries. Cloe is a graduate of the University of Indianapolis and an AHIP certified managed healthcare professional. She served on the Colorado All Payer Claims Database Advisory Committee, the Legislative Committee on the Colorado Association of Health Plans, Self-Insurance Institute of America Government Relations Committee and the Colorado Association of Commerce and Industry Legislative Committee.