ATLANTA  — Influenza activity is picking up across the East Coast even as it remains at high levels in central U.S., the Centers for Disease Control and Prevention reported Friday.

Nationwide during the week ended Jan. 28, 3.9% of patient visits reported through the U.S. Outpatient Influenza-like Illness Surveillance Network (ILINet) were due to influenza-like illness. This percentage is above the national baseline of 2.2%.

Data were insufficient to calculate an ILI activity level from the District of Columbia, CDC noted. 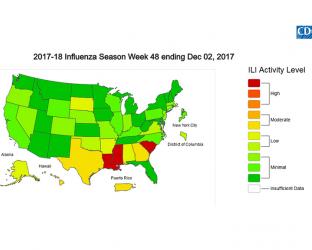 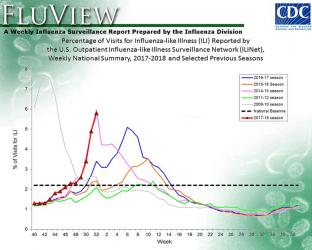 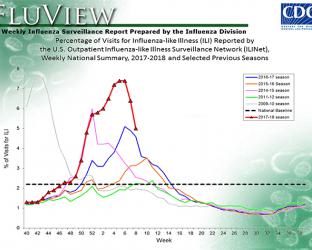 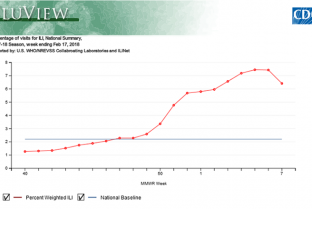