ARLINGTON, Va. — The high-dose flu vaccine appeared to be more effective at preventing post-influenza deaths among older adults than the standard-dose vaccine, at least during a more severe flu season, according to a large new study of Medicare beneficiaries released Thursday and published in The Journal of Infectious Diseases. The findings build on earlier research suggesting that the high-dose vaccine may be better at preventing influenza virus infections and other flu-related outcomes in seniors, including office visits and hospitalizations, compared to the standard-dose vaccine.

Older adults are at high risk for serious complications from flu because of their age. In recent years, between 71% and 85% of flu-related deaths have occurred among people 65 years of age and older, according to estimates from the Centers for Disease Control and Prevention. The high-dose flu vaccine was approved in 2009 in the U.S. for adults 65 and older. "This is the population that everybody worries about," stated study author David Shay of CDC's Influenza Division. "Many of the most serious outcomes of flu infections occur in older people."

In the study, researchers from CDC, the Centers for Medicare & Medicaid Services and the Food and Drug Administration drew on data from Medicare beneficiaries aged 65 or older who received either the high-dose or standard-dose flu vaccine during the 2012-2013 and 2013-2014 flu seasons from community-located pharmacies. More than a million recipients of each vaccine type were studied in each of the two seasons.

During the 2012-2013 season, people who got a high-dose vaccine were 36% less likely to die in the 30 days following hospitalization or an emergency department visit that included a flu diagnosis compared to the standard-dose vaccine, the researchers found. H3N2 influenza viruses, which are usually associated with higher mortality in older adults, were predominant during that season. During the following season (2013-2014), when H1N1 viruses dominated and the standard-dose vaccine had better effectiveness than the previous season, the high-dose vaccine was not significantly better at preventing deaths among the Medicare patients studied.

"The high dose vaccine does appear, at least in this particular H3N2 season, to be more effective at preventing deaths that occur within 30 days of an influenza hospitalization," Shay said. "We didn't see a significant effect on post-influenza deaths during the 2013-2014 H1N1 season." 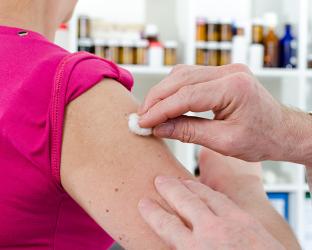 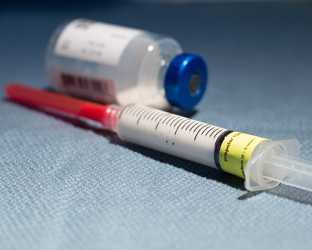 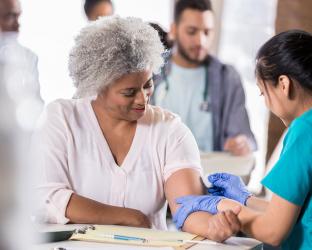 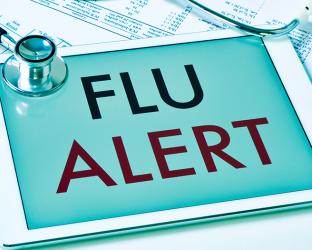 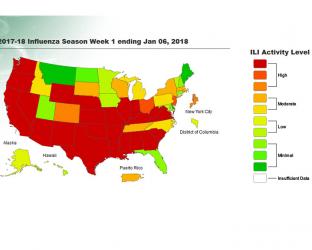