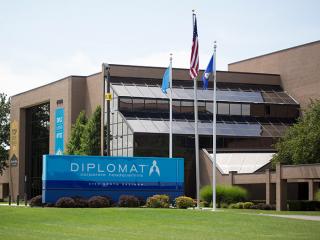 Diplomat Pharmacy is seeing revenue growth from its PBM segment, but the Flint, Mich.-based company swung to a loss in the first quarter, according to the company’s earnings announcement Tuesday.

“Our quarterly results reflect the competitive challenges we are facing in our core specialty pharmacy business and the impact of contract losses in the PBM business, while specialty infusion continues to be a bright spot. The company is starting to benefit from prior investments in sales and account management resources and we remain encouraged by the pipeline of opportunity across all of Diplomat's businesses as our value proposition gains traction in the market,” Diplomat CEO Brian Griffin said.

Griffin also said, “We expect to achieve the previously communicated revenue and adjusted EBITDA guidance for 2019, but have increased our GAAP net loss and EPS loss expectations due to a change in tax forecasts. Diplomat's board and management team are committed to maximizing shareholder value, while maintaining focus on rebuilding our PBM business and expanding business with health plans, hospital systems and manufacturer partners."

In the first quarter, revenue was comprised of $1.2 billion from the company’s specialty segment and $98 million from its pharmacy benefit manager segment.

Diplomat said the increase in its specialty segment was driven by manufacturer price increases and growth in its infusion therapy class, partially offset by reimbursement compression, volume deterioration in certain therapy classes primarily due to narrowing of specialty pharmacy networks and competitor member channel management, and the conversion of some brand drugs to their generic equivalent. “The decrease in its PBM segment was due to previously disclosed contract losses,” the company said.

The $14.3 million net loss for the quarter was compared with $0.5 million worth of income in the year-ago period, but the company said the loss was driven largely by a $12.3 million change in loss income from operations and a $1.5 million change in income tax (expense) benefit primarily due to the establishment of a valuation allowance against operating losses due to our cumulative loss position.