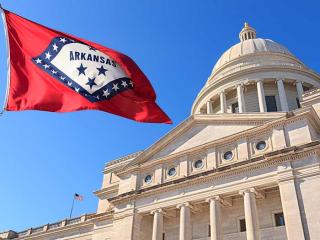 The National Association of Chain Drug Stores is applauding the enactment of a bill in Arkansas that requires electronic prescribing for Schedules II through VI controlled substances. Arkansas Governor Asa Hutchinson signed the bill into law on March 13, and it will become effective Jan. 1, 2021.

NACDS recognized the leadership of Arkansas Sen. Kim Hammer, R-Ark., sponsor of the Senate bill; state Rep. Justin Boyd, a pharmacist and sponsor of the bill in the House; Kirk Lane, Arkansas drug director; and the Arkansas Pharmacists Association, all of whom it said were instrumental in getting the legislation passed.

The legislation enjoys popular and nonpartisan support in the state for mandatory e-prescribing. A January 2019 survey, conducted by Morning Consult and commissioned by NACDS, found that 64% of Arkansas registered voters support rules that require all prescriptions be handled electronically, rather than by paper or fax, to reduce the likelihood of fraud and abuse. Only 20% indicated opposition.

“Fifteen states have enacted e-prescribing legislation as part of the opioid-abuse solution, and we congratulate Arkansas for helping to lead the way on this critical issue,” NACDS president and CEO Steve Anderson said.