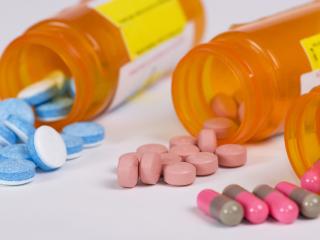 In a statement to the Senate Finance Committee today, the National Association of Chain Drug Stores stressed the importance of assuring the finalization of Health and Human Services secretary Alex Azar’s proposals to reform pharmacy direct and indirect remuneration, or DIR fees, and of developing a standardized pharmacy quality incentive program.

“The FY2020 HHS Budget Request notes steps the department took in the past year aimed at lowering the cost of prescription drugs, including ensuring beneficiaries are benefiting from price concessions at the pharmacy counter,” NACDS said in a statement. “We urge HHS to continue these actions in FY2020 by finalizing provisions in the November 2018 Centers for Medicare & Medicaid Services proposed rule ‘Modernizing Part D and Medicare Advantage to Lower Prices and Reduce Out-of-Pocket Expenses’ that would increase competition in the Medicare Part D program and lower beneficiary out-of-pocket costs by reforming pharmacy DIR fees. CMS has proposed to reform pharmacy DIR by requiring that pharmacy price concessions are passed on to patients.”

NACDS’ statement reflected its comments from earlier this year to CMS regarding the agency's proposed rule. The organization said that DIR fees can be used by payers to allege failure on pharmacies' part to meet certain benchmarks that may be unclear, inconsistent, unachievable or outside a pharmacy's control. Within Medicare, the clawbacks can be the result of interpretation of specific terms within the program. The result has been higher drug costs for patients and higher costs for the government, NACDS said.

Regarding the Senate’s ongoing engagement in this issue, it is worth noting that in February, nearly one-third of the Senate signed a bipartisan letter, led by Sens. Shelley Moore Capito, R-W.Va., and Jon Tester, D-Mont., that urged secretary Azar to advance his DIR fee reform proposals. The senators wrote, “We believe the policy outlined in the proposed rule would provide needed relief from the impact of pharmacy DIR fees have had on patients’ out-of-pocket costs and community pharmacies.”

In addition to emphasizing DIR fee reform, NACDS listed the following in its statement to the Senate Finance Committee:

NACDS is underscoring its message to the committee by making the case to the rest of Washington, D.C. The organization is running an ad campaign in print and online focused on Congress, the White House and the Department of Health and Human Services calling for DIR fee reform in the final Medicare rule.
Advertisement
Advertisement
Advertisement