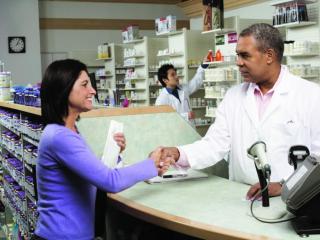 How do the nation’s pharmacists rate with Americans? According to Gallup, the answer is very, very high year after year.

Each year, Gallup researchers conduct a national poll to gauge Americans’ level of trust in the people engaged in a wide variety of professions, from doctors and police officers to business leaders and educators. And community pharmacists consistently rank at or near the top of the most trusted professionals.

In the latest Gallup Honesty and Integrity survey, released in December, Americans rated pharmacists second in terms of trustworthiness and ethical standards, behind only nurses and tied with medical doctors. That marks the 12th straight year in which pharmacists ranked in the top three of all professionals for trust and integrity.

“The survey results reflect the remarkable trust that patients continue to place in their pharmacists, and for strong and important reasons,” said National Association of Chain Drug Stores president and CEO Steve Anderson. “Pharmacists are highly educated and highly accessible professionals within the healthcare delivery system. They are highly valued in neighborhoods across America, and particularly by those in the greatest need.”

Americans also rank pharmacists high in terms of helpfulness and their contributions to overall health and wellbeing. A national survey of likely voters engaged and aware of current events, conducted on behalf of NACDS in 2014, confirmed that Americans rely on their local pharmacist not only for counseling on their health and medication use, but for advice on over-the-counter medicines.

“We asked ... if people did various things in a pharmacy over the past 12 months,” Anderson said. “About half spoke [with] a pharmacist about a prescription drug. And pretty much the same percentage spoke to a pharmacist about an over-the-counter product. More than 7-in-10 said a pharmacist’s recommendation on an OTC [product] is important to them.”

What’s more, Anderson said, “3-in-10 spoke to a pharmacist about a personal health question. And — in a powerful statement about the relationship between the pharmacy and the front end — more than half said they purchased food or groceries at a pharmacy.”

“We used to debate about what to call pharmacy patrons: were they patients, [or] were they consumers? I think we can consider that debate closed. They are both patients and consumers,” Anderson said.

The overall contributions to Americans’ health and wellbeing made by pharmacists — not only in the vital medications they dispense but also in the counseling and preventive care services they provide — are almost impossible to overstate. As “the face of neighborhood health care,” community pharmacists often represent the final link in the chain of care that extends from health providers to patients, and they’re unquestionably the most accessible health professional available to the nation’s 320 million people.

Roughly 9-out-of-10 Americans live within five miles of a community pharmacy, according to NACDS research. For those living in metropolitan areas, the average distance shrinks to 1.83 miles.

Besides being within easy reach of the vast majority of the population, the community pharmacy industry is one of the nation’s biggest sources of employment. Independently owned pharmacies remain strong, with some 23,000 locations nationwide. Chains, including traditional drug stores and supermarkets, as well as mass merchants with pharmacies, operate more than 40,000 pharmacies and employ more than 3.8 million individuals, including 175,000 pharmacists. They fill more than 2.7 billion prescriptions yearly and help patients use medicines correctly and safely, while offering innovative services that improve patient health and healthcare affordability.

NACDS’ 125 chain members span a diverse array of companies, from regional chains with a minimum of four stores up to the largest national pharmacy retailers. NACDS members also include more than 800 supplier partners and nearly 40 international members representing 13 countries.

The widespread expansion of community pharmacy to most Americans has put medication therapy and disease management services, immunizations, health screenings and other personalized patient-care services — not to mention vital prescription medicines and counseling on their use — within easy reach of most Americans. That proximity of health professionals and medications is a big strand in the web of steadily improving health care that helped boost the nation’s average longevity rate by some 30 years in the 20th century.

Survey: How Americans rely on pharmacists

According to a recent 12-month national survey:

50% of respondents spoke to a pharmacist about a question they had about a prescription medication at a pharmacy;

47% of respondents spoke to a pharmacist about a question they had about an over-the-counter medication at a pharmacy;

29% of respondents spoke to a pharmacist about a question they had about a personal health question at a pharmacy; and

72% of respondents purchased such personal care products as cosmetics, shampoo, deodorant, toothpaste, etc. at a pharmacy.