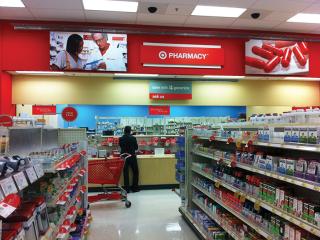 MINNEAPOLIS — This month, Target began contacting its Pharmacy Rewards members to informing them that the company was ending the rewards program because CVS/pharmacy will bring its own program when it replaces the pharmacies in Target stores as part of a deal between the two companies announced this summer.

On the Target Pharmacy Rewards website, the company notes that customers can no longer enroll in the program, nor will they be able to view their account or accumulate credit toward a 5% discount certificate. Target noted that Pharmacy Rewards customers would be receiving a 5%-off coupon in the mail as a gesture of thanks.

No details were offered about what loyalty program CVS/pharmacy would put in place when they enter Target stores.

“CVS/pharmacy will introduce details of their loyalty program at Target and additional information will be available in the near future,” the website said.