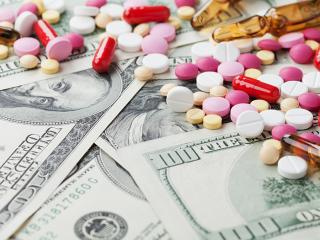 When the West Virginia Medicaid agency started managing the Medicaid managed care prescription drug benefit directly in July 2017, state officials were relying on an actuarial study forecasting a $30 million savings for the state.

This week, the West Virginia Bureau for Medical Services released a report showing actual savings of $54.4 million to the state Medicaid program for the first year of that carve out. In addition to the savings, the prescription drug benefit carve out resulted in $122 million paid to West Virginia pharmacies in the form of fixed dispensing fees, the report said.

Those funds could be used for other state priorities like roads, education and law enforcement to better serve the state's taxpayers.

"As public policy goes, this is an extraordinary success: Taxpayers save $54 million. The West Virginia economy gets an infusion of $122 million, money that had formerly gone to out-of-state pharmacy benefit managers. Citizens of West Virginia get greater access to care, and pharmacies get reimbursed a fair rate," National Community Pharmacists Association CEO B. Douglas Hoey said in a statement.

Hoey also said,"We commend West Virginia officials for taking action, and for being savvy in questioning the dollars the state was paying to managed care organizations for prescription drug benefits. If the prescription drug carve out works in West Virginia, it can work in other states. As state legislators and Medicaid officials across the country continue considering Medicaid managed care reform, they would be wise to take a look at the West Virginia carve out as a case study on how to bring transparency, accountability and fair reimbursements to Medicaid managed care."

Medicaid managed care differs from traditional fee-for-service Medicaid, in which the state pays doctors and hospitals for each service provided and reimburses pharmacies for both ingredient costs of a medication plus a dispensing fee.