Target's sales on the rise in Q4 results

Target's sales on the rise in Q4 results

Wage increases took a bite out of Target’s profit in the fourth quarter even as its sales surpassed Street expectations and its digital channel continued to make impressive gains.

Net income for the quarter ended Feb. 3, which included an extra week, rose to $1.10 billion, or $2.02 a share, from $817 million, or $1.45 a share, in the year-ago period. Excluding non-recurring items, including about $388 million benefits from recent tax legislation, adjusted earnings per share came to $1.37, which was one penny short of analysts’ forecasts.

Target said investments in its employees increased the chain’s expenses and put a dent in profit margins. In October, the retailer raised its minimum wage to $11 an hour, with plans to increase it to $15 by the end of 2020.

“We are encouraged that the 3.6% uplift in comparables was driven by an evenly split contribution from stores and online,” Saunders said. “Not only does this indicate that Target’s omnichannel strategy is delivering, but it also shows that the store enhancements are working. In essence, it justifies Target’s view that stores remain a critical part of the proposition and are worth spending money on.” For more, click here.

Sales rose 10.0% to a better-than-expected $22.8 billion from $20.7 billion last year, reflecting the impact of an additional week in this year’s fourth quarter. Same-store sales increased 3.6%, better than analysts had expected. Traffic rose more than 3%.

Comparable digital sales surged 29% and contributed 1.8 percentage points of comparable sales growth. Digital sales accounted for 8.2% of the company’s revenue mix in the fourth quarter, compared with 6.8% a year ago.

“Our fourth quarter results demonstrate the power of the significant investments we’ve made in our team and our business throughout 2017,” said Brian Cornell, chairman and CEO of Target Corporation. “Our team’s outstanding execution of Target’s strategic initiatives during the year delivered strong fourth quarter traffic growth in our stores and digital channels, which drove healthy comparable sales in every one of our five core merchandise categories.”

Target has been rolling out exclusive brands and limited-time partnerships, its newest being with British heritage brand Hunter. The company is also in the midst of a major update of its stores. On Monday, Target announced it will remodel 325 stores this year, on the heels of some 110 remodels in 2017.

In the first quarter of 2018, Target expects a low-single-digit increase in comparable sales and adjusted EPS of $1.25 to $1.45. 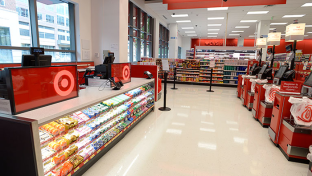 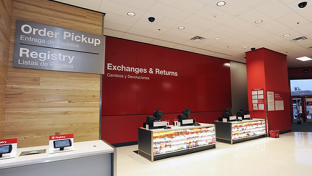 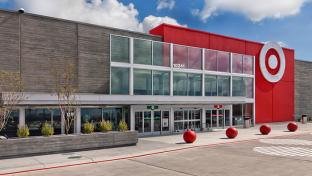 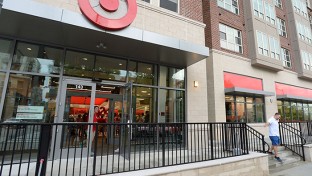 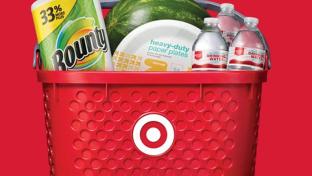