It's only fitting that this year's record-setting Texas-big flu season was most predominant in the Lone Star state, according to the year-end round up of Walgreens Flu Index, which was released Thursday.

The states with the highest rates of influenza, according to the Index, were Texas, Oklahoma and Arkansas. The top three markets for flu activity also were all in Texas, including San Angelo, Odessa-Midland, and Tyler-Longview.

The Walgreens Flu Index shows which populations are experiencing the highest incidences of influenza each week based on Index methodology. The data does not measure actual levels or severity of flu activity. The Index is based on methodology that includes Walgreens aggregate prescription data from September 2017 through March 2018.

For the season, the Walgreens Flu Index top 10 designated market areas with flu activity were: 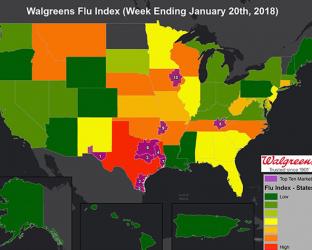 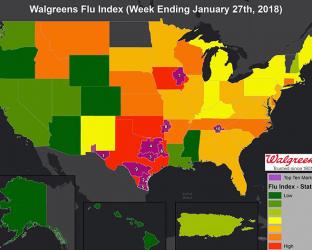 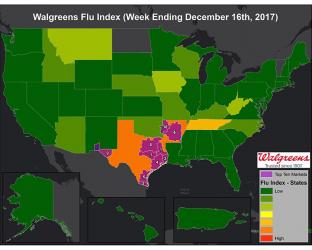 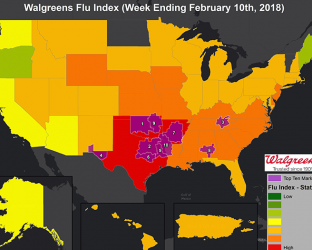 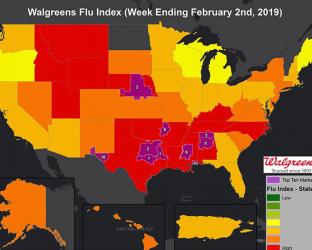 HEALTH
Flu activity continues to run through the South