Sam’s Club has a new leader at the helm. Walmart president and CEO Doug McMillon has named Kathryn McLay has been named president and CEO of the Bentonville, Ark.-based company’s club retail banner. She was most recently executive vice president of Neighborhood Markets. 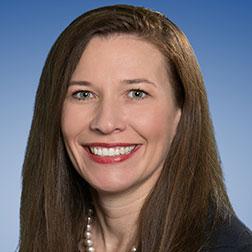 “Kath has a track record of success in every role she has taken on. Her ability to deliver results today, develop a vision for the future and lead the change necessary to achieve it is compelling. She is curious and courageous. Kath builds trust and is a servant leader,” McMillon wrote in an announcement. “She understands the details of retail given her audit, supply chain and operational experience. John Furner and the Sam’s Club team have strengthened our foundation and built momentum. Kath will help build on that and take it to the next level. We look forward to seeing her contributions to this part of our business.”

In her most recent role, McLay led the growth and operations of nearly 700 U.S. stores. She has been with Walmart since 2015, when she joined as vice president of U.S. finance and strategy, leading a set of initiatives called the legacy strategy before being promoted to senior vice president of supply chain, where she focused on inventory flow.

McLay has held previous roles at Deloitte, where she spent seven years before joining Qantas as an internal audit manager. She entered retail in 2001 when she joined Woolworths, where she held such titles as general manager for cost, Northern logistics operations manager for warehousing and transportation, and general manager of replenishment.

Walmart said that McLay’s position is effective immediately and that it would share information about Neighborhood Market leadership at a later date.