Five years or so ago, many a naysayer said that Walmart’s best days could be behind it. With increasing competition from digital retailers and a number of problems internally, industry experts predicted that the giant retailer was due for some hard times.

Half a decade later, times and fortunes have changed dramatically. Instead of folding, Walmart’s massive store network and finely tuned logistics systems have given the company a strong foundation for the speed and efficiency needed to excel in the ominchannel shopping environment.

And, its commitment to finetuning both its online and brick-and-mortar strategies has resulted in the Bentonville, Ark.-based company’s impressive sales and profit resurgence. The result: a company that many now say is big enough, strong enough and tough enough to give the online retailers, especially Amazon, a run for their money.

For these reasons, Walmart has been named the Drug Store News 2019 Omnichannel Retailer of the Year.

“We’re really working to build an ecosystem and have several different delivery methods that allow us to serve all customers,” Steve Bratspies, executive vice president and chief merchandising officer at Walmart U.S., said in a presentation at the Goldman Sachs Global Retailing Conference in September. “We just want customers to choose Walmart — whether you want to come to shop the store normally, you want to pick it up at the curb or we bring it to your house, we’ll do it however you want, but we just want to capture as many customers as we can and serve them as broadly as we can.”

So how is this company pulling it off?

First, Walmart has been capturing an increasing share of the estimated $19.9 billion U.S. grocery e-commerce pie, and it is well positioned to continue to gain share. U.S. grocery e-commerce sales are expected to more than double by 2023, according to June research from eMarketer. Walmart said its e-commerce sales grew 40% last year, which also includes revenues from Walmart Marketplace, the platform it hosts for third-party sellers, akin to Amazon’s vast retail portal.

The company’s physical size, with some 4,769 stores across the United States, also gives it the opportunity to use its stores as fulfillment centers for both delivery and click-and-collect services.

The growth of Walmart’s click-and-collect service, which Walmart offers at no charge to customers, has been a key driver for the company’s online sales. “Click and collect has been a really big success, and it’s one of the reasons we’re rolling it out as fast as we possibly can,” Bratspies said at the Goldman Sachs presentation. “We’ll hit 3,100 stores by the end of this year, and it continues to gain momentum. It’s proving to be highly incremental to our business, and bringing in new customers with strong repeat.”

He also said that the average basket size of a click-and-collect order is about two times what a standard grocery basket is. In addition, the mix of product also is a slightly different mix for online orders, he said, with stronger sales of organic and healthy items.

Another factor is that Walmart continues to expand its omnichannel offering beyond click and collect, with more than 1,100 stores now offering home delivery, and the recent expansion of Delivery Unlimited, an Amazon Prime-type offering that allows customers to receive free grocery delivery for a yearly fee of $98 or a monthly fee of $12.95. The program, tested in four markets earlier this year, is being rolled out to 1,400 stores in 200 markets around the country.

Earlier this year, the company began rolling out next-day delivery and is eyeing the rollout of in-home delivery by year-end to several markets, through which the company enters customers’ homes to drop off products when customers are not present.

Grocery and CPG expertise
Walmart’s strong focus on grocery and CPG retailing over the years, as opposed to the general merchandise focus at Amazon, has positioned the company well for e-commerce growth, said Laura Kennedy, vice president of the retail, sales and shopper practice at Kantar Consulting.

“I think the key for Walmart is to remember that two-thirds of its sales come from consumables,” she said. “Amazon has by some measures taken over the mantle of being America’s mass retailer, but Walmart really has become a supermarket when it comes to their revenues.”

That plays right into the increasing consumer interest in online grocery ordering, whether for home delivery or click-and-collect service. “It’s still a pretty low percentage of all food and consumable sales that are online, but it’s growing very fast,” Kennedy said. “That allows Walmart to capitalize on where it has expertise, which is food and consumables, and it capitalizes on their stores. Any long-term omnichannel strategy for Walmart really has to find a way to use the stores.”

As e-commerce has grown to become an increasingly large proportion of retail sales in the United States, many brick-and-mortar retailers have struggled to retain the sales volumes necessary to cover the overhead required for having physical locations that have become less and less relevant.

Walmart, however, has put its vast network of stores to good use as hubs for its delivery and click-and-collect operations. “All of these brick-and-mortar retailers that are still around are finding ways to get productivity out of the store asset as part of their omnichannel offer,” Kennedy said. “In Walmart’s case, it’s using the store as the depot for online grocery. That’s always, for me, the headline when it comes to Walmart’s omnichannel strategy.”

Walmart by the numbers

Walmart’s e-commerce sales rapidly have been gaining steam as the company rolls out home delivery and click-and-collect services across the country. At the same time, the retailer has been driving comparable-store sales growth at its brick-and-mortar stores, in part through remodels and improved merchandising.

Here are some quick facts from its recent earnings reports that reflect the company’s rapidly growing omnichannel empire:

In-store Improvements
Key to driving Walmart’s success both online and in store has been its efforts to improve the quality of its grocery offering, analysts said. The company has invested heavily in improving its fresh foods offering and rolled out extensive remodels and renovations. “We’ve seen a lot of improvements, and a lot of acknowledgment of that by shoppers,” Kennedy said.

Speaking at the Goldman Sachs conference, Bratspies said Walmart’s efforts around produce in particular have been comprehensive. “We think we’ve made pretty significant progress in fresh over the last couple of years,” he said. “We’ve worked on how we source, who we source from, the quantities that we’re sourcing, how we then move that through our supply chain more efficiently, and how it gets unloaded at the back of a store.”

Walmart almost has completely changed all of the process involved in stocking and culling produce, and has entirely revamped the merchandising and the layout, in addition to investing in price. “There’s more work to be done and more opportunity, and we’re not nearly as good as we need to be and will be, but we feel like we’ve gained a lot of momentum, and that’s resulted in share growth there,” Bratspies said.

Similarly, Walmart also has taken steps to improve the other areas of fresh. The company reduced its assortment in bakery, “dramatically improved the quality,” Bratspies said, and focused on item price merchandising, all of which have driven “dramatic” improvements in that category. “We feel pretty good about momentum that we have and the improvement we have in the fresh side of the business,” he said.

“We feel pretty good, in general, about the holistic body of work that we’ve done in the grocery business,” he said. “Share has improved and continues to grow, which we’re excited about, but we also realize we have a lot of opportunity in front of us.”

Focus on health care
One of the areas where Walmart eyes considerable potential future opportunity for its brick-and-mortar locations is through the offering of health-and-wellness services.

Walmart said the clinic, located outside the Supercenter with its own entrance, will offer “low, transparent pricing for key health services for local families, regardless of insurance status.”

Lee Peterson, executive vice president of thought leadership and marketing at consulting firm WD Partners, said Walmart sees a big opportunity to offer its core customers affordable healthcare services, particularly in rural areas where the retailer has deployed a vast network of stores. “Walmart’s customers are the people that are directly affected by poor health care, or the high cost of health care,” he said. “Their idea is, ‘Why can’t we provide some of that? Why can’t we basically have clinics everywhere? Let’s become a high-quality healthcare provider for all of our customers.’”

According to a Sept. 28 report in The Washington Post, 80% of rural America is considered “medically underserved.” Rural areas include 20% of the population, but only 10% of the doctors, and the number of doctors in those rural areas is expected to continue to fall over the next decade.

In addition, with the massive baby boomer population needing more and more healthcare services as they age, such clinics as Walmart Health could be an important avenue for revenue growth, Peterson said, adding that he expects Walmart to test a range of different styles of clinics in different markets to meet the needs of the specific demographics for each.

Jet.com’s role
The 2016 acquisition of Jet.com, which sells a range of products online using a unique discount model, gave Walmart a significant boost not only in its online presence, but also in e-commerce expertise, with the addition of Jet.com co-founder and CEO Marc Lore to its team.

“They brought him in because he was going to teach them how to get better at selling stuff online and push through a lot of the parts of an omnichannel experience that shoppers feel are table stakes like two-day shipping, next day shipping, the ease of navigating the website — all things that I think Walmart now can check the boxes on, but continues to work on and try to improve for shoppers,” Kantar’s Kennedy said.

Recent reports, however, have indicated that the company has been shifting its support toward its Walmart.com business as opposed to Jet.com. In June, for example, Walmart announced that it would integrate several of Jet.com’s technology, product and marketing teams into the Walmart.com business. Media reports at the time said the move signaled that Jet.com was becoming less important to Walmart.

“Jet.com brought Walmart much needed digital-first talent in people like Marc Lore,” said Weinand of Incisiv. “Lore was given the autonomy to experiment and innovate, and as we’ve seen with rollouts like the Delivery Unlimited program, they are making strides in keeping up with Amazon.”

Weinand said Walmart appears well-positioned for the future of e-commerce. “Walmart built its business on supply chain efficiency, and it continues to excel in this area,” he said. “Their online/in-store fulfillment and increasingly mature delivery options provide a best in class competitive advantage over other retailers.” 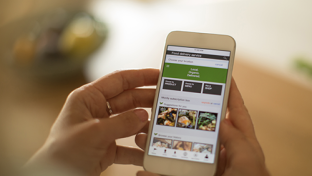 INSIGHTS AND PERSPECTIVES
The cost of Walmart’s e-commerce 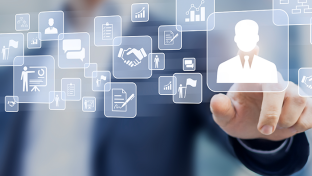 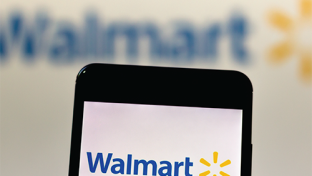 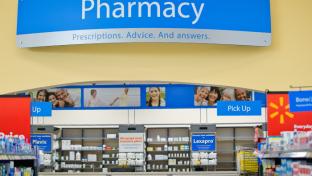 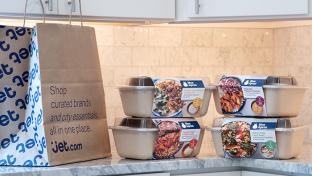