Two cutting-edge Louisiana-based pharmacy owners, David Darce, owner of Thrifty Way Pharmacy in St. Martinville, and Rob Hollier, owner of Hollier’s Family Pharmacy in Breaux Ridge, have come up with what may be a great way to fight off the egregious reimbursement practices of the big pharmacy benefit managers.

First, while this may not be the best way, it is another option. Efforts by state and national pharmacy and consumer associations to change laws and regulations on the PBM industry are important and should be supported by every pharmacist. The more ways we have to attack this problem, the better. What Darce and Hollier have done has proven to be effective, and can be done in any geographic section of the country. And it can be done right now.

Hollier was elected to the St. Martin Parrish School Board. Once he got situated, he took an interest in the school district’s health insurance program. With his knowledge of prescription costs, he was able to show board members that the PBM managing the school’s prescription benefit was not providing them with the bargain they had been promised.

That is when he and Darce started talking. Since both of their pharmacies are located within the school district, they wanted to save the school money, provide school employees with a better prescription benefit and bring the business back into the local economy. Soon, they were talking with a relatively new transparent PBM that had been started by Steven and LeAnn Boyd, both pharmacists and owners of Causey’s Pharmacy in Natchitoches, La., a town about 100 miles north of St. Martinville.

In 2011, the Boyds, recognizing that big changes were coming to pharmacy, had started Southern Scripts, a PBM. Their goal was to create a pharmacy benefit manager that could compete with large PBMs by offering patients, prescribers, payers and pharmacies with a better program than what was being offered from the nation’s largest PBMs.

Darce said it was not easy, but after several presentations, the St. Martin Parrish School Board awarded the pharmacy benefit contract to Southern Scripts. He said in the first year, the cost for prescription services to the school board was reduced by $500,000 and, at the same time, the reimbursement to his pharmacy went up. He also said that in the first few months of the new program, he picked up about 75 new patients.

Since that successful event in 2012, Southern Scripts has grown rapidly. The Boyds sold their pharmacy and now devote their full time to Southern Scripts, a fully transparent and pass-through PBM model. The company provides prescription benefits to nearly 700 self-insured employers, covering nearly 300,000 lives.

Yet, the bigger opportunity is that Southern Scripts is not the only pharmacy-friendly PBM. According to the National Community Pharmacist Association, at least a dozen “good” PBMs are in operation today.

According to Steven Boyd, the business case for a company to select a small, transparent and fiduciary-bound PBM is compelling. The company saves money, the employees get a better program and the local pharmacies provide better care to the company’s employees. The key, Boyd said, is being introduced to the employer by the local pharmacy owner, who is well-known and respected in the community. “By working together, pharmacy owners and PBMs like Southern Scripts can effectively compete with the large PBMs,” he said.

Based on what Thrifty Way Pharmacy’s Darce mentioned, it is clear that one more way to fight the egregious business practices of many of the large PBMs is by competing with them. The really good news is the business can be won by offering employers, patients, payers and pharmacies a better option. 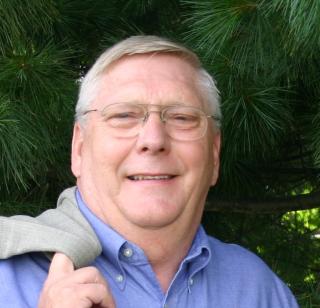 Bruce Kneeland is a community pharmacy specialist and industry consultant.