After introducing the raspberry rosé, the brand is expanding the line by introducing three new additions to the line — pink apple rosé, white peach rosé and strawberry rosé.

"Everyone knows summer is the season of beach vacations, boat rides on the lake and floating the warm days away in the pool," Krista Kiisk, the brand director of Smirnoff Seltzer said. "Now we get to do all of those things on the coolest float around! Knowing Smirnoff Seltzer is a brand that embodies 'fun,' it was an easy choice to partner with one of the most fun companies out there: Funboy. We're beyond excited to bring even more fun to Smirnoff Seltzer lovers this summer with the introduction of the Smirnoff Seltzer x Funboy pool float, featuring a one-of-a-kind structure from Funboy and designed by one of our favorite artists, Jason Woodside, with inspiration from our Smirnoff Seltzer flavor portfolio."

The Smirnoff Seltzer x Funboy pool float can be purchased online for $99, with net profits supporting the brand’s goal of ensuring everyone has their most fun summer yet, the company said.

In addition, Smirnoff Seltzer will launch a Fun Fund to fund fun for lucky consumers who are aged 21 and older. Further information on that initiative will be released on the brand’s social media accounts.

"We're thrilled to be collaborating with Smirnoff Seltzer to create this awesome float for summer, especially since it will continue giving back as it sells to fund fun experiences," Blake Barrett, the co-founder of Funboy said. "We felt that the hydroplane structure, a first-of-its-kind float that comfortably accommodates two people was the perfect fit to work with Jason Woodside and Smirnoff Seltzer on. It gave Jason a wild 3D floating canvas to bring his colorful design to life as floating yet functional art. Jason's bright colors and loud patterns combined with the FUN of the Smirnoff Seltzer brand will deliver the most amazing summer experiences and hopefully a few friendly 'hydroplane' races with multiple floats in the pool."

Each of Smirnoff Seltzer's rosé options contains 90 calories per serving, and do not have any sugar, the company said.

All four flavors — raspberry rosé, pink apple rosé, white peach rosé and strawberry rosé — are available in a variety 12-pack that retails for $15.99.

An additional piña colada option will also be added to the brand’s portfolio, which is set to contain fresh pineapple and coconut flavors. The beverage will be available in a 6-pack that is to retail for $8.99 and come in the 12-pack with the raspberry rosé, berry lemonade and cranberry lime varieties for $15.99. 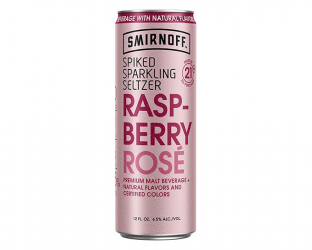 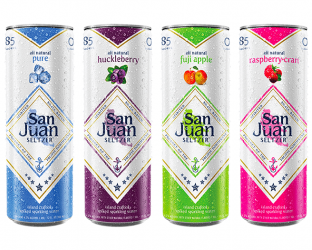 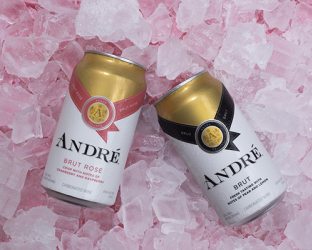 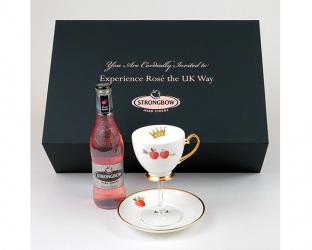 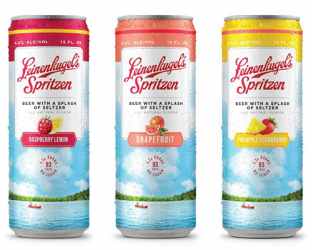