When she was just 4 years old, Shea Manigo’s mother’s heart failed. That experience led Manigo to a lifetime of leadership in health care.

“From the earliest I can remember, I wanted to save other moms,” Manigo said. “That was my goal in life.” 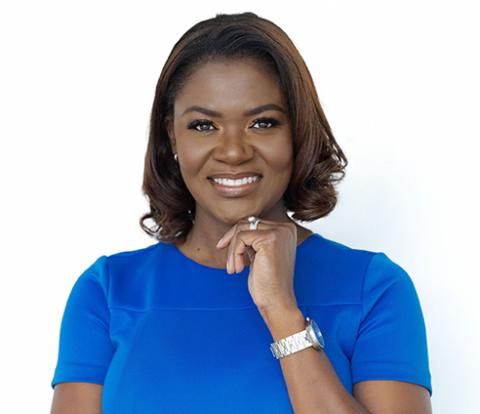 In 2021, Manigo, along with her siblings and her husband, created the Annie Lee Jerido Williams Minorities in Pharmacy Lowcountry Endowment and Scholarship Fund in memory of her biological mother.

Today, Manigo serves as the vice president of Health Hubs, growth and strategy at CVS Health.

Originally from Walterboro, S.C., Manigo moved to High Springs, Fla., after her mother passed away. In high school, she started working in a local pharmacy and witnessed how engaged the pharmacist was with the community he served. She credits that experience for influencing her decision to become a pharmacist.

After taking some time off after graduating with a bachelor’s of science degree in nutrition sciences from the University of Florida, Manigo relocated to South Carolina. She wanted to be closer to her support system while she went back to school, at the encouragement of her sister. But shortly after arriving, she lost her sister suddenly and tragically. The event triggered Manigo to enroll in the Medical University of South Carolina to pursue a doctorate in pharmacy and concurrent MBA in cooperation with The Citadel.

Manigo worked at the local Kmart Pharmacy while she was in school. She didn’t have a choice: As a single mom, she had a mortgage and car payment bills. Manigo noted that this time in her life was very challenging. Every Saturday, she would take her son to Barnes & Noble so she could study while he played with a little Thomas the Train set.

“I would also say it was one of the most disciplined times in my life,” she said. “But something that I always share is when you’re passionate about something, it doesn’t feel like work. And I was super passionate about the field that I was pursuing.”

“From the earliest I can remember, I wanted to save other moms. That was my goal in life.”

Manigo’s continued work in community pharmacy allowed her to bridge pharmacy and leadership at Kmart and beyond.

Manigo, a firm believer that people have to be the change that they want to see, knew she wanted to do something to honor her mother’s legacy. Established in 2021, a scholarship fund was a way to help support students for generations to come. (The fund is not associated with Manigo’s work at CVS Health.)

“Our ambition in creating the fund was to serve others,” Manigo said. “But our goal was not just to lighten the load, but to plant seeds that would hopefully multiply because if we can transfer inspiration to someone else, maybe they’ll do the same thing.”

Awarded annually in the fall, the Annie Lee Jerido Williams Minorities in Pharmacy Lowcountry Endowment and Scholarship Fund is an endowed need-based scholarship created to support minority students at the Medical University of South Carolina College of Pharmacy.

Manigo said the fund has been a great way to invest in two things she’s passionate about: the profession of pharmacy and investing in our future. “I didn’t know much about endowment and scholarships, and I think if people knew more they would consider it,” she said. “Oftentimes, when we look back over our lives, I think most people are purpose driven and they want to do something to help.”