Those are the few words Gary Wittenberg used to describe as the reasons for the success of Boiron USA, the Newtown Square, Pa.-based OTC manufacturer that is gaining traction with retailers and consumers across the country as it broadens product portfolio.

Wittenberg, the vice president of national accounts for the company, a subsidiary of France-based Boiron, said that a dedication to quality homeopathic products that offer alternative solutions to consumers has helped the company produce multiple outlet annual sales in the United States, approaching nearly $64 million in the food/drug/mass channel. That is a 20% increase over volume in the previous tracked year and nearly 300% more than the company registered in domestic sales volume just eight years ago.

“We are a company full of employees with a great deal of passion and pride in what they do,” said Wittenberg, who joined the company nine years ago bringing with him extensive experience in the OTC industry. “We pride ourselves on offering our customers — both retailers and consumers — pharmaceutical grade-quality items that makes everyone feel extremely comfortable with our products. The proof is in the pudding. We have had no recalls, and we just keep selling more products.”

The company was founded in France in 1932 by twin brothers and pharmacists Jean and Henri Boiron, who saw an opportunity to offer reliable homeopathic medicines in their home country. From those humble beginnings, the company, now headquartered in Lyon, France, is distributed in more than 50 countries, employs more than 3,700 workers and registers more than $1 billion in annual worldwide retail sales. The publicly-owned, but closely-held, company was named the No. 1 OTC pharmaceutical company in France in 2017 for the second consecutive year, according to a survey by AFIPA.

In 1983, Boiron established a U.S. presence, anchoring a subsidiary headquarters in suburban Philadelphia. Company officials said that in response to a significant interest in homeopathy in California, Boiron established a branch in Simi Valley, Calif., outside of Los Angeles in 1989. After much growth and the need to contract for larger warehousing on both the East and West Coasts, a newly-built West Coast branch was completed in 2005.

Yet, it was only about a decade ago that Boiron USA started to make a big push into traditional U.S.-based retailers. Before that, Wittenberg said, the focus was on natural products retailers, including Whole Foods Market. National pharmacy chains, large regional grocers and national mass market retailers then noticed the popularity of the products.

“About 10 years ago, there was an opportunity to expand on the success in natural food stores and into the mass retail world,” he said. “Traditional retailers saw the strength [that] our flagship brand, Oscillococcinum, which relieves flu-like symptoms, had in the natural class and realized there was a crossover opportunity [with] consumers in their classes of trade with Boiron’s product lines.”

The rest, as they say, is history. As more consumers became familiar and comfortable with the brand, Boiron officials became more aggressive with product introductions, marketing efforts and advertising, whether through traditional means or through new digital opportunities. “Frankly, we gained a lot of traction with Oscillococcinum and we were able to get it onto traditional retail shelves across the country,” Wittenberg said. “Today, it is on the shelves of every major national mass retailer and most regional chains, as well. And that success helped open the door for other brands we manufacture, including Arnicare, which is a topical analgesic, ColdCalm, ThroatCalm and Chestal.”

Things have gone so well for the company that it has moved into other segments, including first aid, internal analgesics and baby products. “Some may ask why we moved into the baby category,” Wittenberg said. “The answer is that it is the gateway to the entire Boiron franchise. If we can get moms to purchase our teething products and other baby products for their children early on, they will stay with us as the child grows up. Eventually, they will start buying our products on their own because they see them as safer alternatives to conventional OTC medications.”

Next up, Boiron hopes to leverage a white space opportunity in a category that is ripe for a natural solution. Wittenberg said the company will introduce new items in this category, as well as in other established segments, this year.

Of course, pushing the process along does not hurt either. Boiron utilizes a small, but effective, national medical sales team that roams the country educating physicians about the company’s products and suggesting that they are used as an alternative to allopathic products on the market, or at least in conjunction with them, Wittenberg said.

The company also conducts consumer testing to find ways to best optimize its packaging. “It has allowed us to learn a lot about what the shopper is looking for and how we can best educate them and draw their attention with our packaging,” he said. “Whether through digital, social media, traditional print or FSIs, we are always looking to educate the consumer about our brand and how it is different than most of the other products on the market.”

“Educating is vital to our success, and the type of consumer we attract is extremely savvy and looking for the right products for themselves and their families. So, we need to have that information on our packaging, and we need to be front and center online with the information they are seeking.”

With all of their bases seemingly covered, Wittenberg said the future looks great for Boiron, especially with demand increasing. “More and more consumers looking for safer, ‘better-for-you’ options in the OTC segment, we think we are perfectly positioned for future growth,” he said. “This is ideal for retailers. We attract an affluent, well-educated consumer, who is willing to spend extra money for the good of their families. That means high market baskets and good margins for retailers. It’s a great marriage for all of us.” 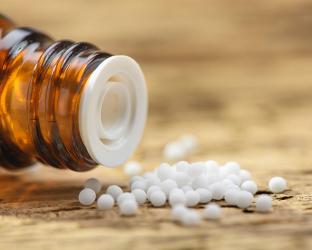 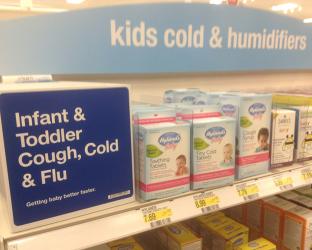 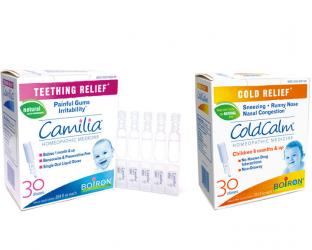 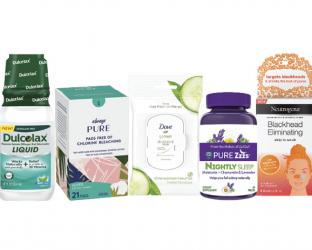 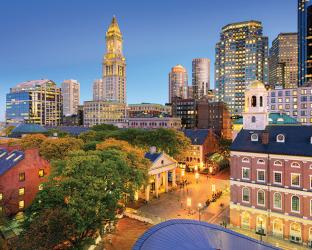