I recently came across an intriguing new study that has direct and indirect implications for retail pharmacy and the push toward health care.

The new report, “Health equals wealth: The global longevity dividend,” by the International Longevity Centre UK, concludes that investing in preventive health measures will be crucial to support people to stay in and return to the workforce following the pandemic.

That’s a heady claim, but it works something like this.

[Read more: Rising to the occasion: As competitors muddy the field, retail pharmacy must remain focused on its differentiator] 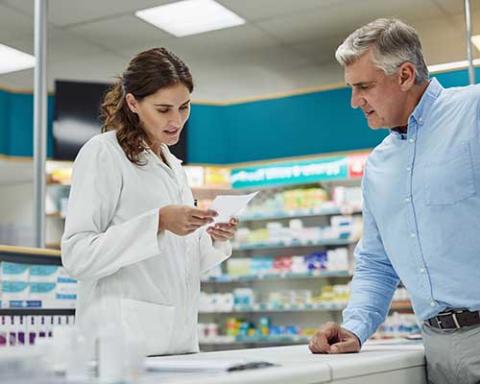 According to the study, the U.S. economy is increasingly reliant on older workers, volunteers, caregivers and spenders. That’s because 1-in-3 workers in the labor market are aged 50-plus years old (34% of the workforce) and this could rise to 42% of the workforce by 2035. In 2018, workers aged 50 and over generated nearly $2 in every $5 earned in the U.S. economy, accounting for around 15% of GDP.

The report says that if the employment of people aged 50 and above could be raised to the levels seen in Iceland, the United States could see a 4% gain ($703 billion) to its gross domestic product. Spending by older households (those led by people over 50) in the U.S. averaged 20% of GDP in 2015, on aggregate amounting to $3.6 trillion.

“As people live and work for longer, the government will have to innovate and think about how to foster health and well-being, flexibility and skills to create a workplace that works for the future,” said David Sinclair, chief executive of ILC-UK. “If we continue with business as usual, we will see huge shortfalls hitting all sectors of the economy.”

The report calls on governments to increase spending on preventive health interventions such as vaccinations, screenings, early detection and management of disease, alongside greater support for older people’s paid and unpaid contributions.

“The good news for retail pharmacies is that they are on the right track to become healthcare destinations, but there are still things to remember.”

Sounds familiar, doesn’t it? The good news for retail pharmacies is that they are on the right track to become healthcare destinations, but there are still things to remember. Stores still need to feel professional (like a traditional doctor’s office), waiting rooms must be part of the equation, assurance of privacy must be maintained and appointments should be easy. After all, if you’re going to become a doctor’s office, retail pharmacy must feel like a doctor’s office.