Thrifty White Pharmacy has been around in one form or another since the 1880s, but you wouldn’t know its age by the Plymouth, Minn.-based chain’s efforts at bringing its engagement-focused patient care to as many patients as possible. At the start of this year, the company — which Drug Store News named its Pharmacy Innovator of the Year in 2016 — unveiled its new Healthy Outcomes Diabetes Support Program, through which it partners with employers and providers in the communities its stores serve to help maximize health outcomes among diabetic patients.

The diabetes support program shares a moniker with Thrifty White’s Healthy Outcomes store format, which it has implemented in many of its stores, with roughly 40 stores in the past two years being remodeled or relocated with its new format. Central to the store format and the diabetes program is an increased level of patient-pharmacist engagement — the diabetes program can bring about an extra 24 touchpoints with a pharmacist, and the new stores contain two additional clinical suites for patient consultations.

“It’s really about keeping it face to face, keeping it within the brick-and-mortar stores we operate,” Weippert said. “That’s what patients are looking for, to engage and for us to engage with them.”

“They’ve allowed us to gain access to more networks, access to more medications and increasing the disease states that we’re working with,” Weippert said. “We certainly have the interest because of the brick-and-mortar stores and our relationships with providers, employers and organizations within our communities.”

As central as Thrifty White’s pharmacist-patient engagement is to its business model, equally central is the employee-owned company’s outreach efforts, which facilitate the building of partnerships within their communities. “When you are doing a good job you need to demonstrate [it], to show the tools you have in the marketplace, so people can utilize them,” Thrifty White president and CEO Bob Narveson said. “And through our outreach, we’re finding employer groups and people throughout the communities that see a benefit to that. It’s just a matter of working with them to try to coordinate an outcome and a plan that can be successful for everybody.”

Another aspect of the business that relies on Thrifty White’s deep community relationships is the company’s long-term care pharmacy business, which it said has seen double-digit growth recently. It currently serves 24,000 patients, which has driven it to open new central-fill sites to accommodate the growth.

“Access is going to revolve all the time around what programs you’re allowed to participate in … and how you’re given the opportunity to improve the health care of the patients that so desperately need it,” Narveson said. “It’s just a matter of having the opportunity … to partner with plans to demonstrate results.” 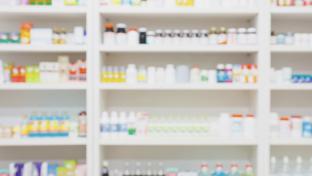 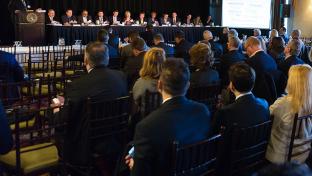 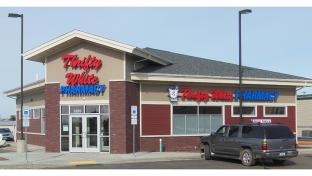 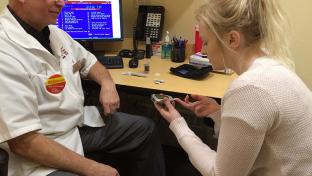 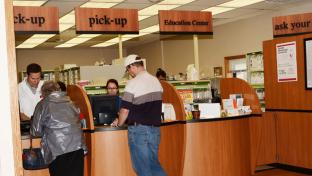