From both an employee and square footage standpoint, Amazon keeps getting bigger each year. The company employs more than 640,000 people and its global real estate footprint — which includes offices, warehouses, retail stores and data centers — has grown to 288 million sq. ft. While the Whole Foods Market acquisition bumped up those numbers, retail space accounts for less than 10% of that square footage. Much of the square footage growth instead stems from the additional fulfillment centers the company has built.

Amazon is focused on getting products in the hands of consumers as fast as possible, but the push to do so comes at a cost. In 2018, Seattle-based Amazon spent $27.7 billion on shipping, which is $6 billion more than the previous year. In its annual 10-K filing, Amazon listed transportation and logistics under services it provides, leading many to wonder if Amazon may be launching its own service in an attempt to get its shipping costs in check.

Like Walmart, it seems Amazon also has lofty goals when it looks at ways to grow its business. Amazon has been testing the waters in the past year with expansion in both its online and physical store presence, as well as aligning itself with a varied number of partners from General Motors to Coachella.

Its recent purchase of PillPack, one of several healthcare initiatives the company is working on, gives Amazon entrance into the pharmacy business. Experts said this could possibly be leveraged at its Whole Foods Market locations, which could benefit from the addition of having an in-store pharmacy. Should Amazon look to integrate PillPack into its Prime offering, those who will be impacted the most, some surmise, will be the prescription delivery companies.

In March, Amazon announced its intentions to expand its foothold in grocery beyond the doors of Whole Foods Market and Amazon Go. By year’s end, the company reportedly will be launching dozens of grocery stores in large cities across the United States. Locations being considered include Los Angeles, Seattle, San Francisco, Philadelphia, Chicago and Washington, D.C. While it has not been announced which of Amazon’s banners the new stores will go under, Amazon is expected to create a price-based format intended to appeal to middle- and lower-income shoppers. Currently, Amazon operates roughly 500 Whole Foods Markets and 10 cashier-less Amazon Go stores, and offers groceries through its Amazon Fresh delivery service.

In her report, “Death by Amazon: A Look at the Victims and Survivors,” Camilla Yanushevsky, an equity research analyst at CFRA Research in Rockville, Md., said that the sectors Amazon’s expansion efforts have significantly threatened include sporting goods, home furnishings, computer/electronics and office supplies. According to Yanushevsky, the cosmetics industry is among the few that has maintained strength against Amazon, but that may not be for long.

Amazon recently launched its own skin care brand, Belei, a line of cleansing wipes, moisturizers, masks and serums for under $40. Belei’s product lineup addresses a range of such skin care issues as acne, fine lines, dark spots, dehydration and dullness.

On Amazon’s expanding foothold in grocery, Yanushevsky said if Amazon launches its own low-priced grocery chain, the retailers most affected would likely be such priced-based formats as the dollar stores. “Given that consumables account for three-quarters of Dollar General’s revenues and nearly half of Dollar Tree’s, these retailers have the most to lose should the reports about Amazon’s new grocery effort ring true,” Yanushevsky said 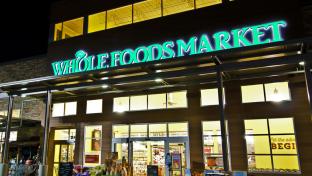 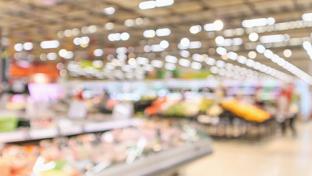 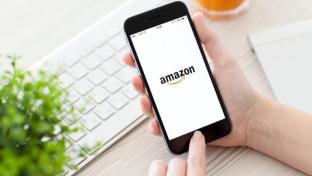 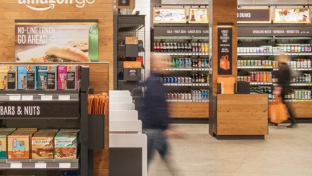