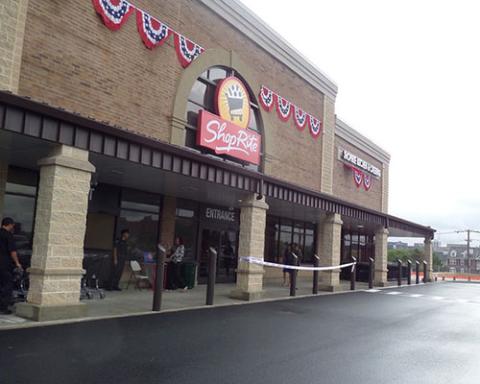 It took more than luck for a new supermarket to come to Atlantic City, N.J.

Government agencies and a family-run retail company have come together to develop a ShopRite store a few blocks from local casinos.

The state of New Jersey owns the land, and the building will be owned by the state’s Casino Reinvestment Development Authority. The store will be operated by Village Super Market, Inc., which runs 29 ShopRite supermarkets in New Jersey, northeastern Pennsylvania and Maryland as well as three Gourmet Garage specialty markets and five Fairway Market stores in New York City. The publicly-traded grocer is part of the Wakefern Food co-op and is operated by the Sumas family.

“Village Super Market is proud to continue our 84-year tradition of helping families live better by bringing a 44,000-square foot state-of-the-art supermarket to the community,” said Bill Sumas, board chair for Village Super Market. “The new store will allow neighborhood residents access to fresh food and everything they need for a full first class shopping experience to feed their family right here in Atlantic City.”

Murphy said that the store has been a long time coming. “Atlantic City residents should not have to leave town in order to shop for groceries for themselves and their families," the governor remarked. “Our administration, the CRDA, Mayor Small and others have been working long and hard to make today a possibility, and I am happy to be standing today alongside our partners to break ground on a brand-new ShopRite for Atlantic City.”

According to information released by the governor’s office, the building will include a ground floor retail supermarket and a mezzanine for administrative support. Construction will begin in 2022 and is estimated to take 13 to 15 months to complete.

For video on the ground-breaking ceremony, go to New Jersey Office of the Governor's YouTube channel.