Health Mart hosted its Annual Meeting on July 14, boasting the largest attendance in the franchise network’s history.  The meeting built upon last year’s momentum around the Health Mart Pathway that helps independent pharmacy retailers to invest in quality measures and empowers them toward better clinical performance and profitability.

“You need solutions that are expanding margin through performance and additional services, lowering your cost to dispense and helping to manage cash flow,” Steve Courtman, president of Health Mart, told attendees. “Health Mart’s model is about looking after all of the prescription health needs of patients and then competing for those patients based upon superior care. Our model builds on what it is that you do best, and that is the patient relationships. We care more than any other pharmacy in the marketplace.”

One example of the expansion of services across the Health Mart franchise is in immunizations, Courtman said. “Over 4,000 Health Marts are now immunizing,” he said. “Which is fantastic, very appealing, certainly from a payers and employers perspective, to have that kind of capability.”

“The overarching message is this notion of performance,” Courtman told Drug Store News in an interview following the Annual Meeting. “The end goal is around looking after patients better than anyone else.”

Health Mart both enhanced existing tools and introduced new tools to deliver on that promise.

For example, Health Mart updated its myHealthMart scorecard platform to include an iOS mobile app. An app for the Android platform is expected to launch this fall. In addition to the new mobile app, new desktop functionality includes license expiration alerts and a DIR Estimator, which enables users to identify, track and plan when direct and indirect remuneration fee amounts are being withheld to prepare for collection “claw backs.”

Within the desktop version of the myHealthMart platform is a new Results Optimizer tool, which will recommend resources and tools pharmacies can use to make practical changes to their business on their terms, explained Chuck Wilson, VP pharmacy operations at Health Mart. “What it does is lay over the top of myHealthMart  and connects pharmacies with customized information and Health Mart tools that will help them improve their business and clinical performance,” he said. “We’re starting with DIRs. The reason we’re starting there is it’s probably one of the biggest pain points mentioned by our customers in the past 12 to 15 months.” The Optimizer walks the individual operator through eight different steps that pull data from numerous resources to help them estimate what their actual DIR fees are and how to better plan for and manage those fees.

Another new tool helps users optimize purchasing by reviewing customized promotions and discounts specific to each pharmacy, including generics and flu vaccine pre-orders. And Multi-Store Performance Scorecards provide a comprehensive multi-store view that gauges performance against benchmarks, totals and averages.

Building on its popular physician-signed Collaborative Practice Agreement program to cover immunizations, Health Mart is now including customizable CPA templates, which enable additional service delivery in the pharmacy and/or in local provider offices, as well as facilitating payment terms for collaborative drug therapy management services. Pharmacist CPA services templates, which pharmacies can customize and work with local providers to sign, are now available for all 50 states through myHealthMart.

Health Mart continues to showcase its support designed to help pharmacies implement and maximize med sync, deploying a team of pharmacist med sync experts to help Health Mart owners either build efficiency into current programs or jump-start stalled efforts. “They have visited 500 Health Mart pharmacies that run the gamut from just getting started to fully optimizing their med sync program,” Health Mart chief pharmacist Crystal Lennartz said. Today, more than 62% of Health Mart locations have deployed med sync, Lennartz added, and the average store manages more than 100 patients on the program (many have thousands). “Where that performance team also helps is those stores that are already ‘sync savvy,’” she said, “how do they maximize pick up with the patient by offering additional clinical services, helping them remain adherent and achieve better outcomes?”

Nicole Winnen, owner of Mac Prescription Shop and winner of the Health Mart 2017 Pharmacy of the Year Award, is one of those med sync users. “I knew from a business perspective that I liked the idea of med sync because I liked the idea that we could predict better what our needs would be,” Winnen said. “Going along with that is inventory control and control of our inventory dollars,” she said. “But what I didn’t predict was the closer patient relationships we would have and how patients responded to us being willing to work with them and actually care about their medicine regimens.”

Health Mart also is showcasing new capabilities for the Physician Outreach Program, available this fall, with new data within the online tool. New drug category information will enable pharmacies to see the top drug categories prescribed by local prescribers, improving their ability to target physicians based on the type of patients they see and the drugs they prescribe. “Last year at McKesson ideaShare, we had a focus group and some of the comments were, ‘I really want to understand what the prescribers in my area are prescribing,’” Kristi Thomas, director of product management at Health Mart, told Drug Store News. “Drugs are categorized into one of 68 categories by QuintilesIMS.  Then they can see the top prescribers by each drug category they choose.” New data enhancements also enable pharmacies to better identify other facilities the physician may be associated with and includes script data for veterinarians, podiatrists and dentists.

Also at the meeting, Health Mart launched several new digital marketing solutions, including a Digital Listings and Reputation Management program, to help Health Mart pharmacies improve their online presence. “Basically, owners can have us manage their listings to help them get found online.  They can also get alerts any time a positive or negative review comes through so they can address it,” Thomas said. “We not only alert them, but also provide them information as to how they can address it.”

Health Mart is offering free Digital Health Assessments with a digital expert from the Marketing Hub to review the health of the pharmacy’s online presence. The goal is to provide insights on how to make improvements to the pharmacy’s website, social media and ability to be found online.

Closing the Health Mart Annual Meeting was keynote speaker and executive coach Mark Thompson. Thompson presented five tactics independents could deploy to double their value, including releasing their entrepreneurial energy, tapping into friends and family, becoming paranoid around productivity, forging strategic partnerships and treating the entire patient. “It’s about the whole patient, the whole family, about everyone involved in that ecosystem,” he said. “Independent pharmacists deserve to be admired, respected and valued even more.” 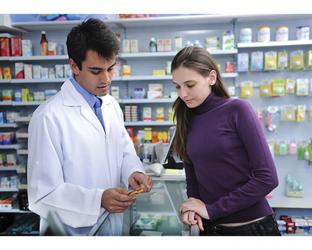 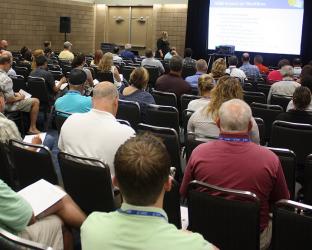 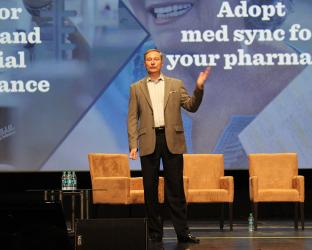 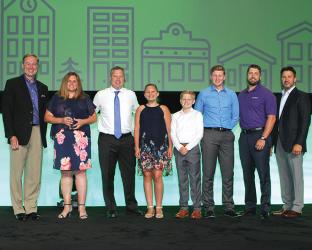 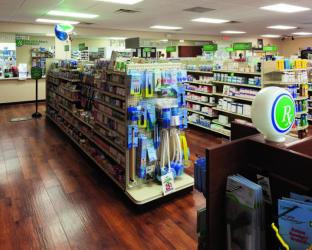