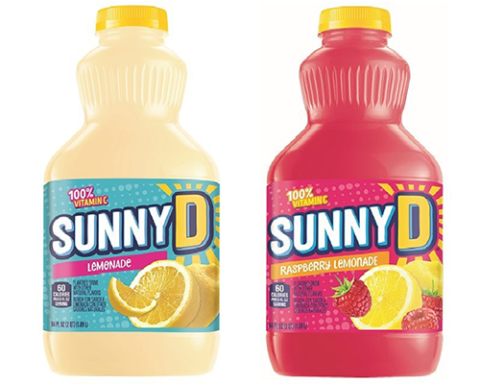 SunnyD is welcoming summer in a major way.

Although the season change is still a few weeks away, the beverage brand is preparing for the warmer temperatures by bringing two summer-inspired flavors to shelves.

Flavors launching from the brand include the previously released lemonade, and the new raspberry lemonade variety.

To celebrate the launch of the beverages, SunnyD is partnering with musician Johnny Orlando on the Sweetest Summer Yet TikTok Hashtag Challenge and Contest, in which the winner will be able to access a private virtual concert with Orlando.

In order to participate, fans must show how they are going to make this summer the sweetest one ever and using the #SunnyandSweet hashtags in their entries, which must include a 15 to 45 second video on TikTok.

“Our limited edition summer flavors have consistently been a big hit with Gen Z, and doubling down on two lemonade options that are synonymous with summer adds a special excitement for the season,” Ilene Bergenfeld, the chief marketing officer of Harvest Hill Beverage Co. said. “We’re excited to make a splashy return nationwide and connect even more with our Gen Z audience by having Johnny Orlando on board. With a loyal following of millions of teens, we can’t think of anyone better to help kick off the sweetest summer yet.”

Containing 60 calories per 8-oz. serving, SunnyD’s lemonade and raspberry lemonade beverages will be available while supplies last at such retailers as WinCo, Food Giant and Hy-Vee.