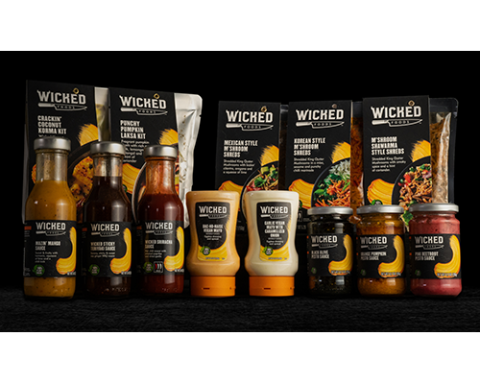 Wicked Kitchen, a plant-centric meal brand from the United Kingdom, is making its stateside debut.

The company announced that its more than 20 plant-based offerings are to be available at all Kroger banners and Sprouts Farmers Market.

“We’re thrilled to launch Wicked Kitchen in the U.S. with Kroger, the nation’s strongest leader in grocery retail,” Pete Speranza, chief executive officer of Wicked Foods said. “As was demonstrated by Tesco in the U.K., the breadth of offerings Wicked Kitchen brings to market allows consumers to finally have a plant-based destination with a wide and growing variety of choices that has been lacking in the grocery market. What Wicked brings into the U.S. will be unlike anything else that has come before it in the plant-based space. This launch is one of the largest single-brand launches in the U.S. grocery industry in decades.”

Founded in 2017 by brothers Derek and Chad Sarno, the brand’s offerings launching at the retailers include lunch and breakfast options, frozen meals, meal solutions, sauces, mayonnaise, pesto’s and meal kits, the company said.

“Our mission is clear: we help people cook and eat more plants. Together with Wicked consumers, we help save many millions of animals, we help our planet, we support farmers and importantly, improve human health,” Derek Sarno, chef and co-founder of Wicked Kitchen said. “We’ve created the tools, recipes and products to make it simple, flavorful and fun for people to cook and eat more plant-based foods in the U.K., and we are excited to now bring these to the U.S.”