Beauty apps could be the tool paving the way for drug and mass retailers to compete with high levels of service at prestige competitors. Apps from augmented reality technology providers give shoppers a digital makeup artist in the palm of their hands and reduce the need for in-store testers that often are not available in mass-market stores.

Augmented reality apps, allowing users to virtually try on a variety of beauty products without the need to wash off the makeup in between, are growing in consumer acceptance. In fact, Kelly Alexandre, senior analyst in the consumer products practice at Parsippany, N.J.-based Kline, said the United States has the second-greatest acceptance of beauty apps in the world, pegged at 35%, behind China at 64%. She expects 2018 to be an even bigger year as the technology improves.

“AR has been widely adopted by major CPG companies in the cosmetics world, because of how visual the cosmetics category is,” she said.

For many consumers, virtual try-on is a key part of the mobile experience.

“Shoppers in this day and age are embracing mobile. And, they want to go to retailers and experiment. That is the most obvious reason why AR can change the retail landscape and turn into revenues and profits,” said Adam Gam, vice president of marketing at San Jose, Calif.-based Perfect, the company behind the YouCam Makeup app. In September, Perfect’s suite of AR apps hit a major milestone — surpassing 500 million downloads globally.

Already during the nascent holiday shopping period, apps from companies like Perfect and ModiFace are converting sales, according to Modiface founder and CEO Parham Aarabi. Over Black Friday and Cyber Monday, beauty brands with AR features powered by ModiFace reported a 200% increase in conversions.

“Augmented reality for trying on beauty products has evolved from a nice utility to a transformative technology that defines the brand-consumer relationship, and becomes a significant driver of sales and engagement,” Aarabi said.

While many mass-market chains are adding more beauty consultants, the channel is still mostly self-service. And, with shoppers researching products online before coming to stores, many don’t seek advice. Signing into an app either before or during an in-store visit to help with shade selection is seen as a major boost for the business.

Though some apps offer the option to buy products directly, experts maintain apps also drive shoppers to stores — and on a recent store tour of a redesigned Walmart location in New Jersey, the need for this technology in mass was underscored by vice president of merchandising beauty Jodi Pinson.

“We don’t have someone in the aisle teaching and training how to get trends like contour and highlighting,” she said, noting that more technology like AR-powered apps will facilitate this engagement.

With apps, users can see how a new lipstick color might look, experiment with hair color and even see how artificial lashes can enhance their eyes. Everything can be adjusted for in photos or videos, including the lighting in the room where an image is being captured.

Intelligent lighting technology can now adjust white balance for true renditions, according to Aarabi. It also is faster, he said, noting that speed is a must for instant gratification-seeking millennials.

“We have narrowed down the time to analyze a face, track the facial features and simulate makeup to under 0.03 seconds, which gives the smoothest video performance,” Aarabi said.

Products virtually applied move with the user. An important element is that the images can be shared with friends for advice, which Aarabi said is a feature that boosts sales — and is also is a key aspect to capturing younger users.

“We’re finding today that at every point that a beauty brand interacts [with a consumer], it can increase sales, increase time spent, engagement — any metric that is measured for success, AR can make a positive impact,” he said. “Seeing a product on a viewer’s face can boost conversion an average of 84%.”

Now AR is making the jump from the palm to the store — and that’s where mass chains can really benefit, experts said. AR offerings are being brought to stores via magic mirrors, where shoppers can virtually test items. Macy’s, Sephora and MAC made the first moves, but industry experts noted that Walmart is adding technology in its stores with more chains expected to follow. Walmart already has experimented with iPads on makeup tips in select stores. Based on success it is going to the next level with AR, especially in hair color.

Unlike erstwhile videos that mass retailers offered — and were often bypassed by shoppers who didn’t want to take the time to watch, or turned off by store officials who were annoyed by the video loops — in-store magic mirrors tapping AR can boost beauty sales by 32%, Aarabi said.

“As consumers become more familiar with AR applications, the less intimidated they are to interact with it,” he said. “In-store installations are a great way for the customer to quickly shop and try-on the product assortment, and engage with beauty cast members. Virtual mirrors are a great way to drive traffic to stores and increase time spent.”

Beyond cosmetics and hair care, apps are even giving skin care an AR makeover, as both ModiFace and Perfect released virtual skin care analysis tools this year.

ModiFace’s skincare app uses a detailed analysis of user images to recommend products. It guides users through a virtual skin consultation, after which it suggests the most appropriate skin care products. L’Oréal’s Vichy brand deployed this technology globally on its web and mobile sites following a testing period.

Perfect also added an AR skin diagnostic tool to YouCam Makeup. The real-time skin analysis feature scores four signs of skin health, including wrinkles, spots, skin texture and dark circles. Users snap a selfie to track results in the app’s Skin Diary, allowing them to check the efficacy of their skin care regimen over time. Each users’ detailed skin health report includes their skin age and skin scores relative to other users in their demographic.

Retailers can benefit from the boom in AR apps in several ways, according to ModiFace’s Aarabi. With a wide array of mass brands featured on apps, Aarabi recommended staff in drug and discount stores educate shoppers about the apps, most of which are free.

For retailers, he added, encouraging the use of apps helps improve shade selection and assuage safety concerns — nagging problems in the mass market where testers are nil and products are prone to being ripped open and rendered unsalable. And where there are testers, the potential for contamination can deter use and lead to shoppers getting home disappointed with a shade.

“The first thing a shopper wants to do is try on a product. But because of hygiene concerns or if there isn’t a tester, that’s not possible,” Perfect’s Gam said. “With technology, consumers can safely see products virtually on their face.”

Taking that a step beyond, consumers test drive shades they might never have considered before, Gam added, opening the opportunity for sales that would not have existed.

As apps catch on, experts say the next logical step will be tapping artificial intelligence, allowing retailers to learn shopper habits and recommend new products that match a consumer profile, according to Maya Mikhailov, co-founder and chief marketing officer at New York City-based GPShopper, a mobile commerce platform and mobile app developer. Also through apps, brands and retailers can even use beacon technology to alert shoppers, who are driving past a store, that their favorite beauty brand is on sale.

Indeed it is a brave new world. 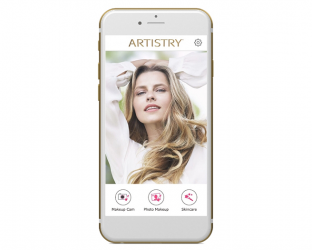 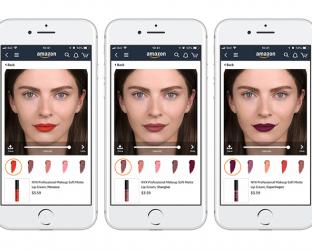 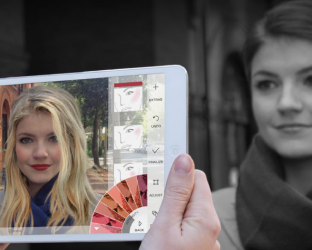 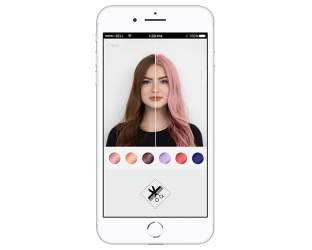 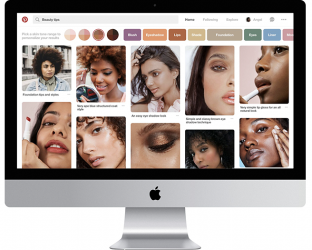