PHILADELPHIA — The stark reality that reverberated with attendees of the Emerson Group's 10th annual Retail Industry Day was simple — within a short period the entire ecosystem of how consumers seek, source and acquire products will change. And that change will accelerate thanks in large part to the coming of age of a generation of consumers who have never experienced a world without Wi-Fi.

The constant connectivity that Generation Z has experienced since the day they were born will fundamentally change the parameters by which everyone competes, said Michael Dart, a private equity partner with A.T. Kearney and co-author of "The New Rules of Retail,” who delivered the final keynote address. Dart served up a playbook marketers can use to appeal to Generation Z, the demographic cohort behind millennials, as they come of age.

Gen Z shoppers are environmentally concerned, view technology as a tool (not for games), are fiscally conservative and are continually connected.

“The 21st century is going to be defined by convenience, and Amazon right now is clearly ahead in that game,” he said. “For retailers there will be two paths, on one they’re going to become great centers of entertainment,” he said. “On the other is active involvement. The concept I see thriving is more of a farmer’s market concept – small-scale stores where people like to hang out.”

Dart outlined several themes that will play a significant role in accelerating the seismic shift in how brands will be branded in the future. Following are three of the key themes he outlined.

"If any of us took a walk through a supermarket, through any mall, through any shopping center, through any store, we would just agree that we live in a world of super abundance," Dart said. "Globalization has done a wonderful job increasing supply," he said. "If you look forward, we're going to see more and more sources of supply coming [and] if we look even further out we're going to see 3-D printing having an impact on the source of supply."

This increase in supply capacity has been happening for some time, but what will change will be a corresponding increase in demand. Two generations ago the evolution of two-income families increased demand and a generation ago improved productivity in the 1990s fed a boon in average income that in turn drove greater demand. "Today, 2017 looking forward, we have some structural impediments on the demand side that are very material," Dart said. "We've got just marginal growth in real income over these next few years and we also have income inequality which from a consumption point of view is important, purely because the marginal propensity to consume for wealthy people is significantly less than it is for poor people."

"If you think of the mass market like a big, glass bowl, that's the historic mass market," Dart said. "It has been shattered into a thousand little pieces. I like to say it's an infinite number of finite segments." For example, today is the first time in history we have five generations, each with distinct shopping preferences. Demographics are also shifting toward urban areas vs. rural, income inequality and are further divided by ethnicity and orientation.

"This fragmentation is killing mass markets," Dart said. "Big brands are losing share everywhere," he said, and they're not able to combat the one or two competitors who are stealing that share because it has dissipated in a hundred different directions.

"There's a saying in Silicon Valley, it's a euphemism for the level of disruption that software is causing, it's that 'software is eating the world,'" Dart shared. "There’s a slew of different technologies out there impacting everything, but there are four that I think both today are having an impact and in the future will have an accelerated impact."

Those four are API (Application Programming Interface), artificial intelligence, distributed computing (blockchains) and self-driving vehicles. "We're in the early stages of this disruption, but it's already profound," Dart said. "Amazon [is] essentially becoming a nation state because it has all of this access to this technology for frictionless commerce," he said. "The way in which we shop, from buying online to picking up in stores, the responsive mobile web, which is the next phase of development, all of this is built as this technology is layered on each other. Because APIs aren't patented, and it's open source, it enables a whole new way in which businesses can be created and serve the customer."

The presentation from Dart was part of the Emerson Group’s 10th annual Retail Industry Day, hosted in late September to a packed room of hundreds of merchants eager to discover how to better proposition their products for tomorrow's ever-evolving consumer.

All this week Drug Store News has been featuring content connected to the Emerson Group's 10th Annual Retail Industry Day.

The first presentation emphasized the importance behind connecting with people, including employees, colleagues and consumers, in an effort to get at the heart of business with CNBC's Marcus Lemonis.

After Lemonis, marketer Colleen DeCourcy, chief creative officer for Wieden+Kennedy, took the stage. She discussed how to keep catching the kind of lightning in a bottle that makes brands spark.

DSN then summarized the presentation of Musab Balbale, VP and general manager for Walmart e-commerce, who sees how digital will transform the shopping experience from an exchange of goods for money to a shopping experience defined by time-saving efficiencies.

"Digital" figured prominently in the day's speaker lineup, as L2 Inc., a subscription-based business intelligence service that benchmarks the digital competence of brands, offered up Evan Neufield and Jane Fisher to discuss how marketers can employ digital in promoting their brands through personalization and consumer feedback. 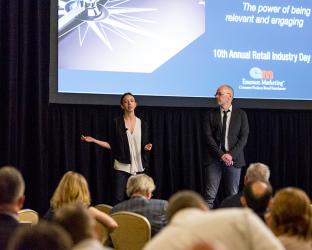 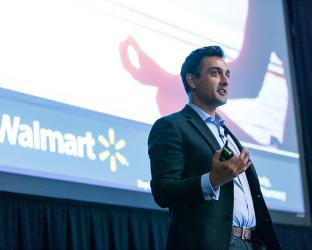 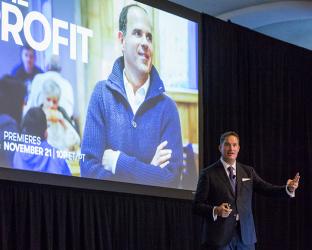 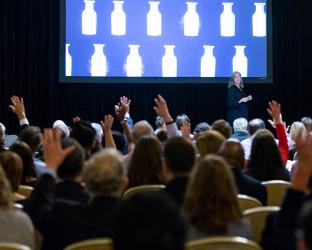 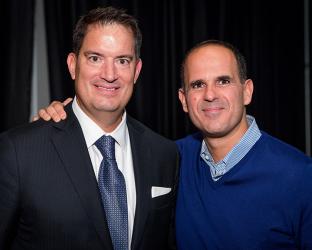