Sun care products have come a long way from the goopy lotion that people used to slather onto their skin while tanning at the beach in the summer.

Now, sun care is a much more serious business that has moved from a seasonal segment to one that thrives almost all year as consumers engage in more outdoor activities and travel to regions where they will need protection against sunburn.

Despite those numbers, manufacturers said the category is actually doing well, just not necessarily in food, drug and mass stores.

“The overall sunscreen market has grown about 2.1% over the past five years and is expected to continue to grow 2.5% in the next five years,” said Bayer U.S. Consumer Healthcare spokesperson Danielle Goonan. The company makes Coppertone brand products, including the newest items Defend & Care Clear Zinc SPF 50, Defend & Care Sunscreen Stick SPF 50 and the Kids Sport line.

As sun care growth comes increasingly from premium channels, and sunscreen becomes more of a year-round necessity, manufacturers are adapting the lotions, sprays and other topical products to appeal to a wider target audience — in particular younger shoppers, consumers demanding transparency from suppliers, and those who want sun protection that easily integrates into the rest of their beauty regimen. Additionally, companies are being compelled to bring to market products that deliver on more than the straightforward purpose of sunscreen.

Treat Yourself
Mass, beauty and drug aren’t the only channels for sun care products. There also is the spa. Just as some beauty products are moving from the prestige channel to the mass channel, sunscreen can make the leap from spa to food, drug and mass merchants.

One such product that is adapting to different retailers is Carefree Natural, which launched in 2015 in spas and now is looking to make its mark on a wider audience.

“We created a 100% natural, chemical-free, eight-hour water-resistant sunscreen,” said Steve Finley, president and founder of Jupiter, Fla.-based Carefree Skincare, which makes Carefree Natural, Rubber Ducky, NO-OX and Block & Tackle sunscreen brands. “We took it into spas, and, at the $35 price point, we did very well. It was voted the best sunscreen in the spa category in 2016, 2017 and 2018.”

Finley said the company plans to bring Carefree Natural into the drug channel in 2019, at the much lower suggested retail price of $18. The product will appeal to shoppers looking for a quality product in the pharmacy, Finley said, but with a mid-range price point.

“Women’s main resistance against the natural sunscreen is you can see it because the zinc oxide and titanium dioxide goes on white,” Finley said. “Women of every skin tone love our tinted natural product.” Also new is a vacuum pump that pushes the entire product up to be dispensed, so there is no waste.

Carefree Natural, Rubber Ducky and NO-OX brand all are oxybenzone-free. Rubber Ducky removed oxybenzone in 2017, when the state of Hawaii began announcing it would ban sunscreens that harm coral reefs — Hawaii did pass legislation in 2018, and the ban takes effect in 2021. The newer brand, NO-OX — no oxybenzone — was introduced this year as a 100% natural, chemical-free SPF 30 untinted face and body product.

A Healthy Base
Bayer’s Goonan said that besides bringing the spa to more shoppers, there are opportunities for sun care companies that can deliver for consumers who are looking for more than something they only use at the beach. Indeed, the market is shifting toward multipurpose sun products.
“Consumers are looking for products that deliver multiple skin care benefits, in addition to advanced sun protection,” she said. To answer that demand, Coppertone introduced Defend & Care Ultra Hydrate Whipped SPF 30/50 Sunscreens, which Goonan said shield the skin from UV rays and also provide up to eight hours of skin moisturizing.

Many women want sunscreen that moisturizes and offers other benefits, because they are applying it to their faces before they put on makeup. Austin, Texas-based Thinksport expanded its Everyday Face line, which does not have harmful chemicals and is enriched with vitamins C and E. The sunscreen, designed for everyday use, also has a small amount of tint, the company said.

“We wanted to create a zinc oxide-based sunscreen that didn’t have any whitening effect,” said Kevin Brodwick, Thinksport founder and chief thinker. “It blends in to a natural tone and has broad-spectrum UVA/UVB protection.”

Studies show that sunscreen also protects against aging, Brodwick said. In fact, one recent study published in the Annals of Internal Medicine reported that study participants who applied daily sunscreen showed 24% less skin aging than the study group that applied sunscreen at their own discretion.

For 2019, Thinksport is repackaging the Everyday Face line to give it a more cosmetic look. Also new is lip balm in four varieties. The non-SPF lip balms are available in Aloe Coconut, Aloe Peppermint, and for people who do not like flavored lip balm, Aloe Unscented. The SPF lip balm is available in currant and grapefruit flavors.

“Making a zinc oxide version of lip balm that didn’t look white and clumpy was quite difficult to do,” Brodwick said. “It’s all about emulsifying zinc oxide so it spreads easily.”

Sun Care for All
The rise in interest in tinted sunscreen is a trend that reflects the changing U.S. demographics and the increased interest in multicultural beauty care products. “Fifty percent of this country is comprised of darker skin tone folks who are Latino, Asian, Indian, Pakistani, anybody who isn’t exactly Caucasian,” said Lenard Zide, CEO of Boston-based Block Island Brands. “They are not minorities anymore. We are marketing to half the country.”

Zide said there is a misconception that people with darker skin tones do not get skin cancer, so sun care companies haven’t marketed to them. On its website, Block Island Brands cites a Journal of the American Academy of Dermatology study indicating melanoma as more deadly in people of color, particularly African-Americans, who are most likely to be diagnosed with
later-stage melanoma and had the worst prognosis and lowest survival rate.

Block Island also makes a 50-SPF sport sunscreen and a 45-SPF natural product. “Everybody needs sunscreen,” Zide said. “It’s good to be in a market segment where you know you’re doing good.” 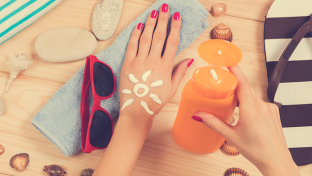 News
Aveeno, Coppertone debut moisturizers that protect from the sun 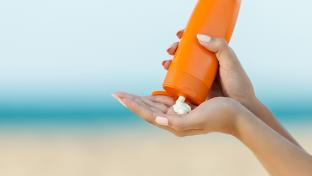 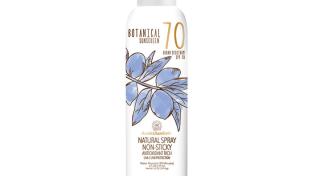 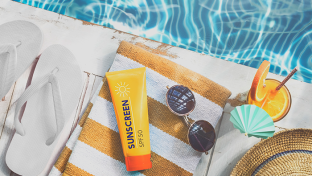 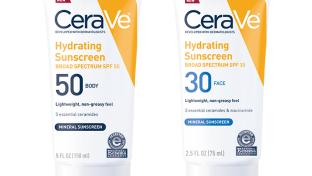