Quantum Health is just trying to give consumers — and retailers — peace of mind when buying its products.

Operating in many categories where some manufacturer claims have consumers and retailers wondering about ingredients and efficacy, officials at the Eugene, Ore.-based company want to make it clear that they follow the rules all the time.

The privately-held company, which celebrates its 40th anniversary this year, offers more than 70 SKUS — most of them featuring natural ingredients — in six different healthcare and wellness categories, including immune system supplements, as well as eye care, head care, oral care and skin care segments. 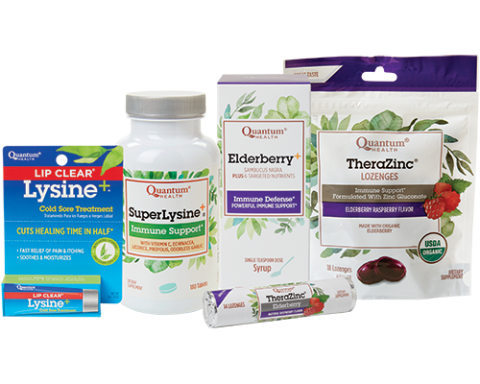 Products are quite specific. For example, the eye care line features products that help eyes filter high energy blue light and that also provide nutritional support for the macula to keep eyes healthy as you age. The company also has a line of DEET-free bug repellents, featuring both sprays and towelettes.

For the most part, these are crowded fields filled with companies that have long contended that their brands and formulas offer the best protection for eager consumers who are focused on using natural products as much as possible.

Interestingly, the growth of the category and claims made by suppliers have always put merchants in a bit of a bind. Many mass retailers have made it abundantly clear that they want to grab sales away from natural health stores by expanding further into the natural OTC field. Yet, a number of mass merchants also said that they remain concerned that some of the products they put onto store shelves do not do what they say they will do, which can lead to push back from shoppers and, perhaps, a blemish on the retailer’s reputation.

Officials at Quantum Health said they think this situation gives them an opportunity to stand out in a crowd. They said they believe that the company’s focus on being totally transparent in every step of the manufacturing and marketing processes puts them in a very good position and will give retailers, as well as consumers, the confidence they demand when purchasing natural healthcare products.

“That’s not the way we do things here. We follow the letter of the law when we produce our products,” said company CEO Jason Pellegrini, who joined Quantum Health nearly eight years ago after an 11-year stint at MillerCoors, where he rose to become vice president of sales-grocery. “The secrets to our success are that, first, our products work and they work because we have developed products that have proven science behind them. We have studied these ingredients, and we have studied what the right dosage is for each product.”

Second, he said, is that Quantum Health’s items are focused on preventive care as an aging and more educated consumer base looks for products that boost the immune system or provide other protections from disease or illness. “I think that is the secret to our success,” Pellegrini said. “Consumers know us and they know the amount of work we do to ensure that we have products with the right ingredients and the right dosage. Every ingredient that goes into one of our products is there because it can help make it a better product and make the consumer feel better after taking it.”

Every ingredient that goes into one of our products is there because it can help make it a better product and make the consumer feel better after taking it.
Quantum Health CEO, Jason Pellegrini.

Quantum Health got its start in 1981 when transplanted New Yorker David Shaw saw a void in the emerging natural health-and-wellness categories. Shaw identified an opportunity to come up with better supplements with cleaner labels, according to Pellegrini. That led to the introduction of a cold sore ointment created from research on the amino acid L-Lysine and other targeted nutrients.

Today, that product is known as SuperLysine+ and sold through natural products stores. A similar product, Lip Clear Lysine+, is sold at mass retailers, including drug stores. “Our big break came in the mid-1980s when Fred Meyer (based in Oregon) gave us a chance with our products, I think because we were a local company and they wanted to help local companies,” Pellegrini said. “They are still our partners today, which I think shows a great deal of consistency on our part.”

Pellegrini also said that becoming the first client of the Emerson Group, the Philadelphia-based broker, played a big role in the company’s success as well. “They did a lot of work getting us into stores and have played a big role in our success,” he said. “I have gotten to know Scott Emerson (Emerson’s founder and CEO) very well, and I really value our partnership.”

After some successes, new and unique products started flowing out of the company’s research and development department on a regular basis. The company has continued to expand its immune support line into different delivery systems and has launched a line of eye health supplements based on the latest science. Quantum Health now also offers a line of USDA Organic cough drops and zinc lozenges.

Educating the consumer is part of the battle too, Pellegrini said, noting that the company offers retailers different in-store merchandising displays and endcaps to help them build awareness of the brand. He also said that digital was a big part of the focus, saying that social media and podcasts are being used to make the consumer more aware of Quantum Health products and their advantages.

“People are looking for these items,” he said. “We want to be front and center in their search, so we are using Facebook and Instagram, as well as influencers to tell people the real story.”

The company is busy working on its future too. With a distribution center in Eugene and about 30 employees, Pellegrini said that everyone is hard at work developing the next great new item. “Right now, we have more than 15 products in the pipeline and they are all designed to make people feel healthier,” he said. “Our sales are growing at a double-digit rate and we want to maintain the momentum in the future. Look for us to be aggressively growing in the future, which will greatly help our retail partners in the food/drug/mass world.”