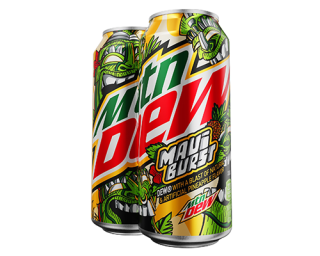 A popular Mtn Dew flavor is making its year-round debut but with a twist.

The beverage brand announced that its Maui Burst variety, which previously launched a limited-edition fall offering at Dollar General in 2019, would be hitting the retailer’s shelves year-round.

Featuring the classic taste of Mtn Dew, the drink also contains notes of pineapple that channel a summer feeling, the company said.

“We were overwhelmed by the positive response to the limited-time offering of Maui Burst last fall,” Larry Gatta, Dollar General's senior vice president of merchandising said. “We listened to our customer feedback and are excited to partner with Mtn Dew to make the pineapple flavor of Maui Burst available year-round at Dollar General stores.”

Mtn Dew Maui Burst will be available beginning Feb. 1 in a 16-oz. single-serve can that retails for $1 at more than 16,000 Dollar General stores across the nation.