CBD: A category on the cusp of success

CBD: A category on the cusp of success

While there is no doubt that this is an exciting time to be in the cannabidiol, or CBD, industry, it also is a time of great uncertainty for manufacturers in the fledgling space. With the passage in December of the Agriculture Improvement Act of 2018 — better known as the Farm Bill — hemp, including hemp extracts, derivatives and cannabinoids, is no longer a federally controlled substance. The bill does state that the hemp has to have a tetrahydrocannabinol, or THC, concentration of not more than 0.3%.

While the deregulation appears to open up opportunities for retailers to start selling CBD products that offer everything from pain relief to better sleep, so far, many merchants are not exactly rushing into the CBD business. The Food and Drug Administration announced that introducing food with CBD into interstate commerce still is unlawful and that the agency is working on pathways for the lawful marketing of these products.

That has not stopped manufacturers from eagerly developing products and coming up with ways to merchandise CBD capsules, oils, creams and even pet products. The thought process, it appears, is that once the FDA gives complete and final approval to hemp products, retailers will rush to get in line to carry them.

“The retailers are waiting for the FDA regulatory platform to be written,” said Paul Carpenter, partner and founding member of New Leaf Pharmaceuticals, based in Newtown, Conn. “They don’t want to put products into a planogram and then have it yanked off the shelf. That’s a difficult position for them.”

The Farm Bill allows farmers to plant hemp seeds, said Jason Mitchell, president of MetaCan, which makes Roswell, Ga.-based HempFusion products. That means there will be more farms growing hemp plants, but it does not necessarily mean retailers are going to get into the hemp or CBD business right away. Still, some smaller merchants are carrying CBD products. “They may be independent compounding pharmacies or family-owned chains,” he said. “They are starting to expand their offerings.” Other retailers, including health food stores, regional chains, spas and salons, and online sellers have entered the category, too.

Some retailers are hinting that they will soon offer such topical products as salves and creams, but not such ingestibles as capsules and gummy bears. That is a prudent approach, according to Tony Tomassini, chief marketing officer of Functional Remedies, based in Superior, Colo. “Retailers see the opportunity, and they want to capitalize,” he said. “We applaud anybody who is more concerned with being right than being first. That’s our conservative way forward — go to market right versus right now.”

Functional Remedies, which manufactures hemp oil products, is partnering with retailers to educate consumers about the category. “Educating the buyer and the consumer is of utmost importance to us, especially in this stage of the game,” Tomassini said. “We want them to make informed decisions about buying any product in this category.”

The research
Consumers and retailers make informed decisions by reading the research, and much of the research points to benefits of CBD for pain relief. “It seems like a lot of those therapeutic effects from medical marijuana are due to CBD,” said Murdoc Khaleghi, a physician and senior medical advisor for Telford, Pa.-based Elevate Hemp. “What makes pain really interesting is it is definitely one of the more common problems we see in medicine. We’ve never had good therapy for pain, and that is part of the reason for the opioid crisis.”

Many topics are going to be researched now, said Laura Fuentes, co-founder, CEO and compounding pharmacist at Deerfield Beach, Fla.-based Green Roads. “Now that hemp is not a Schedule 1 narcotic, universities are going to be able to do research,” she said. In fact, Green Roads, which manufactures CBD oil, edibles, pain cream and other products, is working with the University of Florida to research growing patterns of hemp in the states.

There has been much research, and more to come, on how CBD affects specific areas of the brain. The science will help retailers, especially drug stores, to become more interested in participating in the space. “All of the big chains are now looking at this,” said Brad Halpern, chief marketing officer at Los Angeles-based Be Tru¯ Organics. “The industry is waiting to explode.”

What retailers should do
When the industry does explode, retailers can position themselves as the ideal place to buy CBD products. “Many consumers don’t feel comfortable purchasing these products from the smoke shops that have traditionally carried them,” said Jason Roth, CEO of Boulder, Colo.-based Mile High Labs. “They would much rather buy it like they do any other medicine or supplement — from a trustworthy pharmacy or drug store.”

He cautioned that hemp makes many stops along the way to becoming CBD. “Data can become misconstrued, and packaging mislabeled,” Roth said. Retailers should ask such questions as where the hemp is grown, whether it has been tested for contaminants, how it is processed, and whether the manufacturer extracts the CBD on its own or purchases it from another company.

Consumers assume that retailers have done this due diligence, according to Courtney Roundy, founder of Salt Lake City-based Harmony Hemp. Manufacturers can help by offering such information as farm-to-lab traceability, certificates of analysis and other information. “Know your supplier is legitimate,” he said.

Some retailers, especially the drug store chains, already have wellness initiatives, so it makes sense to partner with suppliers that have similar missions. “We genuinely care about the customer,” Roundy said. “This is all about wellness. Treat your system not your symptoms.”

In-store details
The top segments in CBD are sleep, anxiety and musculoskeletal pain, said Scott Raybuck, president of Cleveland-based ZuRI CBD Supply. Baby boomers, with their ailments, knee and back pain, and sleep issues, are the prime purchasers of CBD. “The 50-plus age group is by far the biggest,” he said. Pet products, such as for separation anxiety, also are gaining popularity.

What is driving the CBD boom, Raybuck said, is that it is an ingredient that the body has been missing. Humans and animals have endocannabinoid systems, and if they are not consuming cannabinoids, the systems are deprived. He likened it to taking supplements to make up for an iron deficiency.

This essential nutrient explanation is one that many manufacturers use. “Hemp is a very edible plant and a huge source of nutrients,” said Ryan Lewis, founder of Las Vegas-based Global Cannabinoids. “People didn’t realize we need hemp in the diet. As people get more educated, hemp becomes more accessible.” The analogy he used: a lack of vitamin C can result in scurvy. CBD has neuro-protecting capabilities, which suggests that a lack of it plays a role in the rise of Alzheimer’s and other degenerative brain diseases, he said.

Merchandising
Even though manufacturers can explain many benefits related to CBD, the products do not fit neatly into one category the way vitamins or analgesics do. Retailers might wonde 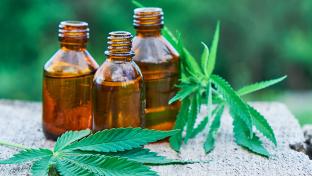 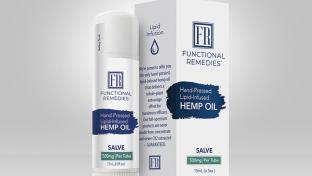 HEALTH
Getting it right: Understanding the CBD regulatory landscape 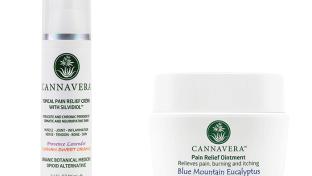