The growing Tampa/St. Petersburg, Fla., market is becoming one of the more competitive retail battlegrounds in the country. Buoyed by retiring baby boomers from the North, the area is seen as a great place for retailers to grab market share.

Several small, innovative retailers and discounters are chipping business away from operators of big-box stores: Walmart, the struggling Winn-Dixie and Publix, the dominant grocer in the area.

Over the last few years, Publix has lost market share to Trader Joe’s, The Fresh Market, Whole Foods Market, Sprouts Farmers Market and Lucky’s Market. Also, Save-a-Lot, Aldi and soon Lidl lure shoppers with their blend of limited assortments, private labels and low prices. These smaller-than-average formats appeal to millennials, a key demographic, because they will soon be starting families. Many of them tend to prefer smaller stores with unique offerings instead of the traditional grocery store.

Publix commands a 36.5% share of the mass retail business, according to Portland, Ore.-based ARM Insight. Mass retailers and clubs combine to exceed that heady figure with a total of 52.8%. The breakdown is Walmart at 34.7%; Target at 7.9%; Sam’s Club at 6.4%; and Costco at 3.8%.
Food, drug and mass merchants continue to tweak product assortments and merchandising programs to appeal to retiring baby boomers, and other elderly shoppers, who have traditionally been drawn to the Sunshine State. Walgreens dominates among drug store chains with a 61% share, according to ARM Insight. CVS Pharmacy follows at 37%, with small independent drug stores accounting for 2%.

“An aging demographic benefits the pharmacy business as there is a direct link between aging and prescription drug use,” Neil Stern, senior partner at the McMillanDoolittle consultancy, said.

Operating a pharmacy in a grocery store, or a Target or Walmart store, would be an obvious asset. Inmar’s 2018 Shopper Behavior Study found that more than 44% of shoppers rate the ability to shop for groceries at the same location as “important” or “very important” in selecting a pharmacy to fill their prescriptions. Publix operates a Publix Pharmacy in 19 supermarkets in Tampa and 12 in St. Petersburg.

“Elderly shoppers, which is an expanding segment in these metro markets, want shopping to be more convenient and easy,” Ken Morris, principal at Boston Retail Partners, said. “In-store product displays should be at appropriate heights, especially for products more frequently purchased by people who are potentially in a wheelchair. Some stores are carpeting more areas to help prevent slipping and falling. Offering magnifying glasses near packages with fine print or working with manufacturers to offer product packaging with larger print are added conveniences for shoppers with limited vision. Drive-through lanes at drug stores are becoming expected and are especially popular with elderly people who have difficulty getting in and out of their cars.”

Target is taking a bold step into the future of this retail battleground with its dual-concept store that aims to provide an edge over Publix, Walmart and Amazon.

A Target in Tampa Bay is undergoing a multimillion-dollar renovation to become “a next-generation store” that emphasizes convenience. One entrance leads time-crunched shoppers into the part of the store designed for convenience, where they can buy groceries and pick up online orders. The other part of the store, with its own entrance, is designed for leisurely browsing of typical Target merchandise.

That compares unfavorably with the plight of Winn-Dixie. Its parent company, Southeastern Grocers, will close 10 Winn-Dixie stores in the Tampa Bay area as it restructures the debt that bankrupted the grocer. 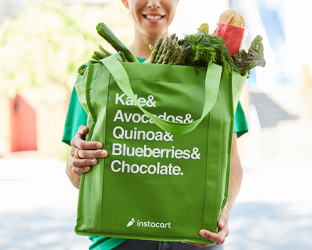 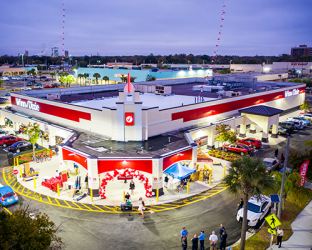 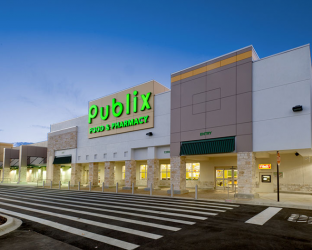 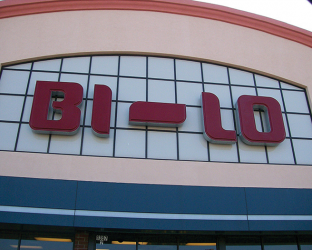 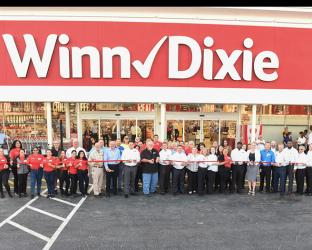