What does it take to get more men — and their wives, girlfriends or even daughters — to purchase men’s grooming products at mass retail outlets?

Officials at Duke Cannon said they think they have the answer. In fact, the Minneapolis-based company is pinning its entire business model on a program that combines quality products, fair price points, and pretty irreverent merchandising and marketing programs. So far, it seems that they are actually working.

Duke Cannon is most definitely not your ordinary consumer packaged goods company. On the contrary, the nearly 9-year-old company, founded on Veteran’s Day in 2011 by Anthony Albanese and Sam Swartz, appears to be a company driven by testosterone, albeit with a soft and humorous touch that attracts shoppers of both genders. That is most evident through colorful and unique packaging, and the names of company products, which includes the Big Ass Brick of Soap, Bloody Knuckles Hand Repair Balm, the Tactical Scrubber, Trench Warfare and Dry Ice antiperspirants and deodorants. Beer & Bourbon Goods, its newest line, feature a host of skin care products made from bourbon or beer.

“Our strategy is to differentiate ourselves from the competition and to get the consumer to notice us through our unique packaging and the humor we bring to our products,” Albanese said. “We use humor to catch the consumer off guard and to get them to take notice of our products. We break through with our product names, our packaging, and then they smell the product.”

All told, Duke Cannon offers more than 100 SKUs across the body, hair, face, shave and beard segments. “We feel we need to attack every category in a way that offers our customers as many options as possible,” Albanese said.

Being different from the competitor also means offering unusual sizes of products to make it easier for men to choose Duke Cannon products. Albanese said that when the company began, he and Swartz quickly realized that men were turned off by some of the men’s grooming items available to them. Products were too small, featured a scent geared towards women, and “they were just too mushy for a guy to use,” he said.

So, they changed things up a bit, using both history and some unusual consumer research. The company’s Big Ass Brick of Soap is inspired by the product issued to American soldiers during the Korean War. Albanese said that while the soap retains similar dimensions to the original, its scent is a lot better than the government-issued product of nearly 70 years ago. The company also uses the military to test its products and determine whether the soldiers are good with the size, smell and feel of a Duke Cannon item.

In return, Duke Cannon gives a portion of its proceeds to directly support veterans’ causes, including donating to the Honor Flight Network, which gives members of the military a free flight to Washington, D.C. and a tour of the monuments there, as well as the Military Working Dog Team Support Association.

We made [our products] bigger and tougher, and for guys to want to buy them and want to use them. We did our research and found what guys are looking for. Plus, we worked with the military to develop products that our soldiers would use. If it is good enough for these elite soldiers, it is good enough for the regular guys out there.
Anthony Albanese, co-founder of Duke Cannon.

The company’s first big break came in 2013 when Duluth Trading, the rapidly-growing online and traditional retailer, started carrying an assortment of Duke Cannon products. That was followed by a deal with Cracker Barrel, which started to stock a small array of products, hoping that women would purchase these items as gifts for the men in their lives.

“Actually, we started focusing on mass when we hired Ryan O’Connell as our CEO in 2016,” Albanese said. “He was a former Target executive, and has showed us how to navigate into mass retailing. Now, we are in 20,000 retail stores across the country, including such mass retailer banners as Target, CVS Pharmacy, H-E-B, Wegman’s and Meijer.”

Albanese stressed that Duke Cannon products are designed to get consumers to trade up in the men’s grooming category. “With all we have done to promote and build our brand, we think this will help encourage people to try it,” he said. “We think we are helping retailers capture a trade up in the premium men’s grooming segment. The result will be more dollars spent in mass retailers for a product that many consumers view as a prestige brand.”

Yet, the focus for growth remains on both men and women. Albanese realizes that many women still purchase men’s grooming products for men at home, so it is vitally important that the company offers products that appeal to them. But to really grow in the future, he said that the product must appeal to men. “We want to make it approachable for men to try,” he said. “Once they do, whether because their wives bought our products for them or they bought these products themselves, we are confident they will keep coming back.” 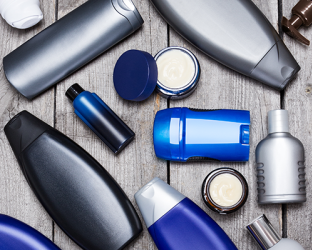 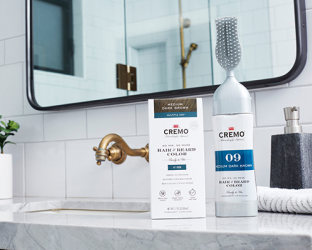 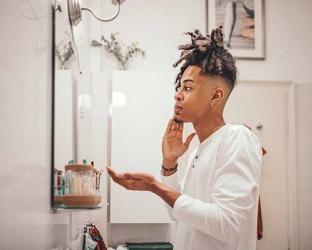 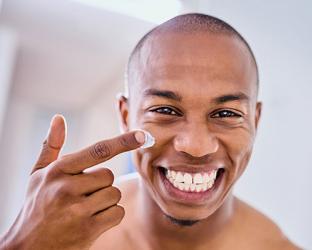 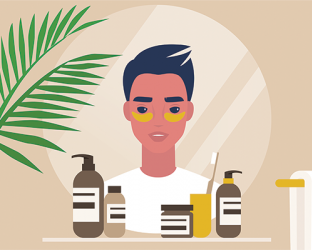 Inside Beauty
A new man: Men’s grooming is growing, and not just clippers