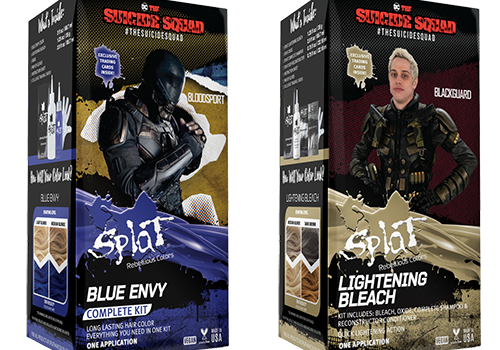 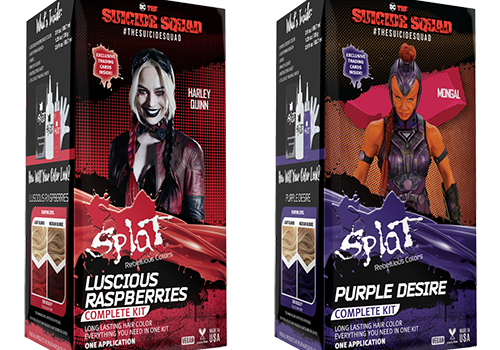 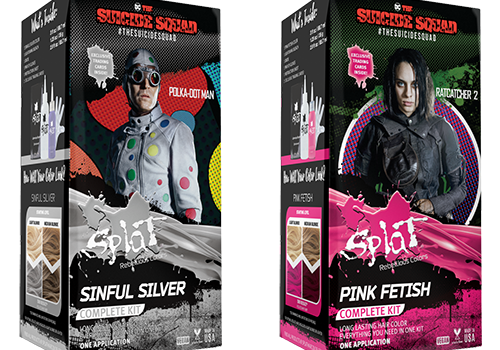 Splat is embarking on a partnership with Warner Bros. Pictures’ new movie, “The Suicide Squad."

The hair care company is launching a limited-edition line of color kits that are inspired by characters from the movie.

Available in six ranges, consumers can choose from:

“Having previously aligned with Warner Bros. Pictures for “Suicide Squad” and “Birds of Prey,” we are thrilled to be partnering for the third time around,” said Jenniffer Paulson, Developlus' vice president of marketing. “The looks from “The Suicide Squad” will inspire fans everywhere and, as a brand that strongly encourages expressing individuality, we are extremely excited to bring hair color users these limited-edition color kits.”

Featured in each color kit are two of 16 exclusive collectible trading cards of characters from the film.

The full collection will be available at Walmart and online at Amazon.com, Splathaircolor.com and Ebay.com.