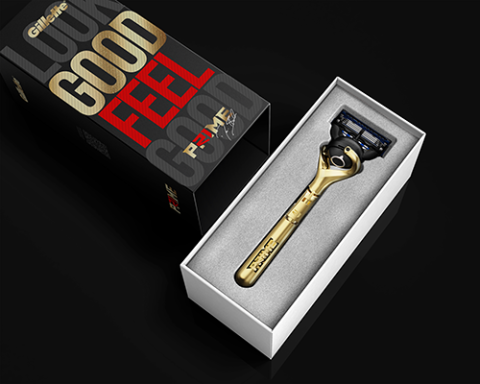 Gillette is working with a notable name in the NFL as part of its latest collaboration.

The grooming brand announced the launch of a new, limited-edition razor that was created in partnership with Deion Sanders, a former professional football player, sports analyst and current football coach at Jackson State University.

Also designed by Sanders himself, the razor features a 3D printed handle with a sleek gold color, whistle design, Deion’s Prime logo and his signature No. 21, the company said.

For those wanting to get their hands on the razor, Gillette will be giving away 200 razors for free. Those interested in finding out how to obtain one can visit a special website designed by Gillette from Dec. 7 to 20 for a chance to win.

As a way to celebrate the release of the razor, Gillette also announced that it would be making a $50,000 donation to the JSU Tiger Fund Athletic Foundation at Jackson State University. For every entry received for the razor, the grooming brand will donate $1.

The organization supports the student-athletes coached by Sanders at the university.