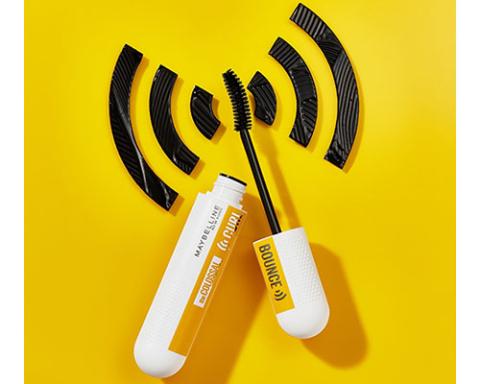 Maybelline New York is looking to help consumers keep their lashes curled and bouncy for more than just a few minutes.

New from the beauty brand is the Curl Bounce Mascara, which was inspired by consumers’ who are on the hunt for a product that addresses a lack of curl in the lashes.

Featuring a Bounce N’Curl Brush that contains double the number of individual fibers to scoop, separate and curl every lash upwards, it also contains a Memory Curl Formula made from a blend of longwearing, hairstyling-inspired polymers that hold lashes in place, the company said.

“Curl Bounce Mascara was inspired by Gen-Z whose main eyelash concerns include lack of curl and sparse lashes,” Jessie Feinstein, senior vice president of U.S. marketing at Maybelline New York said. “Gen-Z will soon be the largest, most diverse generation yet, so it was important to us to address this heightened need for a curl-focused mascara and was a natural next step to further enhance our strongest category.”

The washable mascara is a lightweight and wax-free alternative to traditional mascara that does not leave lashes feeling heavy or stiff, the company said.

“We took a prescriptive approach to Curl Bounce’s formula and focused on creating curl through the lens of haircare rather than traditional mascara,” Tina Liu, marketing director of mascara at Maybelline New York said. “We utilized polymers typically used in some of the top performing hair curling products within the L’Oreal portfolio to create the effect of curl that holds, but for lashes.”