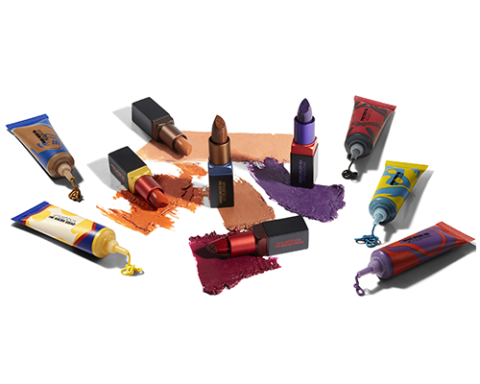 Smashbox Cosmetics is collaborating with Warner Bros. Pictures’ ‘The Suicide Squad’ on a bright and bold new collection.

The limited-edition Smashbox x The Suicide Squad makeup collection consists of highly pigmented and high-performing cosmetics that embody the spirit of the film.

Featured in the collection are five shades of the Be Legendary Lipstick, as well as five shades of the Always On Cream Shadow. Each product will be housed in packaging that highlights scenes and characters from the film, including Harley Quinn, Mongal, Bloodsport, Peacemaker, Javelin, Polka-Dot Man and Ratcatcher 2.

“There’s an undeniable synergy between ‘The Suicide Squad’ and Smashbox”, Glenn Evans, senior vice president, global general manager at Smashbox Cosmetics said. “With the collaboration, we’re thrilled to celebrate not only the eccentric storytelling but also the unparalleled artistry and versatile approach Heba Thorisdottir brought to the film — and now brings to our brand.”

The Smashbox x The Suicide Squad collection is available for purchase at Smashbox.com, Ulta.com and Macys.com.