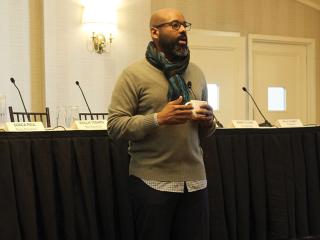 AMITYVILLE, N.Y. — Skin care and hair care company Sundial Brands on Monday announced its debut on Black Enterprise Magazine’s BE 100s List as the tenth largest black-owned business in America. With a national reach of 35,000 major retailers, an increasing focus on its global strategy and a continual emphasis on new innovations, Sundial is also the only beauty and personal care manufacturer to make this year’s list.

“This recognition by Black Enterprise is especially meaningful because it is further evidence that companies built with purpose at the center can do well in business while also making a significant positive impact in the world,” said Richelieu Dennis, founder and CEO of Sundial Brands. “Our purpose is ‘empowering people to live more beautiful lives,’ and we strive to do that each day through our community commerce business model, which develops communities through entrepreneurship, education and commerce.”

Under Dennis’ leadership, Sundial has been certified as a B Corp company and holds a Fair for Life social and fair trade certification. Additionally, in 2015 Sundial was named to the Inc. 5000 list of fastest-growing private companies in the United States and received the 2015 Corporate Social Responsibility of the Year Award from WWD/Beauty Inc, while Dennis was a recipient of the Lewis Institute Changemaker Award from Babson College for efforts in challenging the status quo, creating positive social change and making the world a better place.

In 2016, Dennis was named by OWN: Oprah Winfrey Network to the inaugural SuperSoul 100 list. The same year, WWD/Beauty Inc awarded SheaMoisture the Ad Campaign of the Year Award for its “Break the Walls” efforts, which Dennis led to challenge the beauty industry’s divisive constructs and standardized ideals, redefine the meaning of “normal” in beauty and advocate for the industry to reflect inclusive beauty where “everybody gets love.” In 2017, Dennis was named to Fast Company’s Most Creative People list.

The company late last week announced that the Sofi Tucker Foundation, its charitable arm named in honor of Dennis’ grandmother, made a cash donation of $50,000 to its humanitarian relief partner, immediately following news of the mudslides that devastated the outskirts of Freetown, Sierra Leone. Direct Relief, the company’s humanitarian partner, is providing emergency relief efforts on the ground in Sierra Leone. SheaMoisture, one of the company's signature brands, is also asking its community to join in a “Purchase with Purpose” initiative helping to raise funds for relief efforts as well. The brand is donating the first $25,000 of sales made through sheamoisture.com in the next week to the Sofi Tucker Foundation to directly benefit humanitarian relief efforts in Sierra Leone.