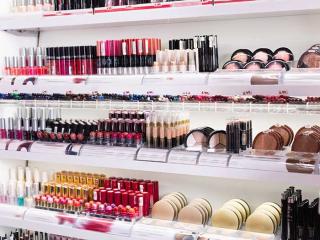 That is the tone being taken by a number of cosmetics officials in the face of fears that an economic slowdown is on the verge of overtaking the category and threatening to halt its long track record of growing sales and profits.

Talk of the slowdown comes from TABS Analytics, a tech-enabled analytics firm that delved into the beauty purchasing habits of 1,000 women between the ages of 18-to-75 years old for its fifth annual Color Cosmetics Study. The results: Sales are slowing in the $86 billion category, though it appears that some will weather the storm better than others. “[It is] a state that retailers and product manufacturers can expect to last for several years,” said Kurt Jetta, president and founder of TABS Analytics.

TABS developed a road map of future trends based on consumer response about what they buy, where they buy and purchasing plans in the eye, nail, face and gift set categories. The company’s survey drilled down into three classifications of users — heavy, medium and light — based on the number of items purchased in beauty segments.

The red flag in this year’s research comes from the “heavy” users becoming less engaged in the category. “While the overall health of the cosmetics industry may not be as bad as the research suggests, this sector is clearly in decline and will soon be in recession,” Jetta said. The only exception in a downturn comes from non-Hispanic black consumers, according to the study.

He also said that those polled are spending less time shopping beauty. What triggers interest, however, is natural products.

In the middle of the worrisome news, Jetta pointed out that shopping experiences at Sephora and Ulta Beauty were slowing. Yet, he said, the only brick-and-mortar growth spots were CVS Pharmacy and Walgreens — perhaps promising news for the struggling mass market.

So, does that suggest that even as beauty regresses, mass chains can maintain a healthy business? Several of the nation’s mass-market experts and retailers think so and are rushing to react to consumer demand for natural, niche and notable beauty brands.

Exclusive, Limited Distribution and Private Beauty Brands
CVS Pharmacy is rolling out 60 brands as it strives to keep momentum going fueled by an array of efforts to grow beauty, including a new store format called BeautyIRL and its Beauty Mark campaign to eliminate the use of digitally retouched images in beauty and identify when images have been altered.

Many of the new lines, such as Bliss and Urban Skin Rx, are not found in other mass doors. Bliss already is off to a blistering start, according to Maly Bernstein, vice president of beauty and personal care at CVS Pharmacy. The brand has undergone a refresh and is going into 3,000 CVS Pharmacy doors. Also new at the retailer are other “masstige” offers, including Hello Kitty Skin Care, Sun Bum and Essence — the latter of which is a top performer in Germany.

Rite Aid recently added a line called Cake Beauty, an in-store exclusive that is all-natural hair and body products. The chain also made a foray into K-beauty with a line called Kokie Cosmetics.

Getting brands not typically sold at mass is not limited to the big chains. Bartell Drugs, for example, under David Bradley, formerly of Walgreens Boots Alliance, has built out an entire upscale area stocked with Alchimie Forever, Hey Honey and Institut Arnaud. Bartell also has introduced CBD products, including from CV Science.

To build loyalty, retailers are tapping lines only found in their doors. CVS Pharmacy has several exclusive lines, including MUA and the newly added, Korean-inspired collection called JOAH. Bernstein said JOAH performed well during the holiday season. JOAH also is one of the brands at CVS Pharmacy bearing the Beauty Mark, signifying that images have not been altered.

Target expanded its private-label nail collection, Defy & Inspire, into an endcap called Match Makers that is coordinated lips and tips made just for the retail giant.

Not to be left out, Walmart teed up with several brands for exclusives. Neutrogena cocreated a new line called N by Neutrogena, which features new makeup and skin care products exclusively available at Walmart. Also, Walmart and e.l.f. Cosmetics joined forces to create elf+, a new collaboration that hit shelves in early January.

Partner Up
Both CVS Pharmacy and Walgreens have hammered out unique investments to lure consumers, especially younger shoppers, into their doors. CVS Pharmacy invested in Glam Squad to offer in-store services, and Walgreens did the same with Birchbox to bring in prestige logos. Recently, both chains also piloted dental-related services.

With wellness taking center stage, experts expect more bundling of services. Kohl’s is a prime example of a retailer looking for ways to drive customer count that could have a rub-off on beauty. The retailer is accepting Amazon returns in about 100 stores, and most recently announced that it was teaming up with WW, previously known as Weight Watchers, to make a foray into wellness offerings. In addition to selling the company’s The Healthy Kitchen kitchenware, cookware and tools, Kohl’s will pilot a WW studio in a Chicago store later this year that will host workshops for WW members. In 500 of its 1,158 stores, Kohl’s is reducing its square footage in order to rent space to other businesses, including grocer Aldi.

Down the road, according to industry consultant Allan Mottus, there could be opportunities for in-store Botox injections and other fillers. Superdrug already is experimenting with the practice in London, which could serve as a template.

Collaborations are not limited to retailers. Maybelline’s latest partnership goes beyond the celebrity-endorsed deal. Instead, Maybelline teamed up with sneaker brand Puma for an exclusive with Ulta Beauty.

Limit M&A Activity
Manufacturers, retailers and investors need to think twice about making short-term big bets in the cosmetics sector, according to TABS. “You should limit beauty investments unless getting a great deal,” Jetta said.

The study suggests brands reduce mergers and acquisitions for now and rationalize color and line extensions. “Right now, it is about blocking and tackling,” Jetta said.

While M&A activity has subsided somewhat in the mass beauty world, the most recent examples show such well-thought-out