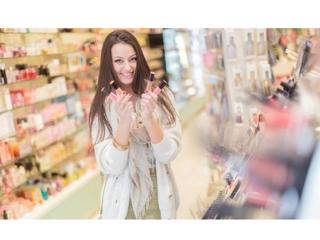 Americans are spending more than $60 billion on beauty annually. To survive as a meaningful competitor in this evolving beauty arena, drug stores must start to burnish their image.

Mass market retailers once dominated the landscape with an almost 60% market share. Now, they face fierce competition from specialty competitors as Sephora and Ulta Beauty erode that share. Recently, department stores have upped the ante, too, with Impulse Beauty departments at Macy’s stomping on mass turf and adding more reasonably priced lines, such as NYX. Compounding the situation are bold moves by off-pricers to add beauty to their shoppers’ baskets.

And there’s no ignoring the drain to online, even for a category once thought to need hands-on testing before purchase. Research from Kline, shared by senior analyst Kelly Alexandre, revealed that online sales posted a 20.8% increase from 2011 to 2016, while brick-and-mortar was held to a 2.5% increase. Physical store market share declined 3% while e-commerce market share increased 3.8%.

So, what’s a drug store to do? Drug Store News consulted with Jeanine Recckio of Mirror Mirror Imagination Group, a self-described beauty futurologist, to gaze into her crystal ball.

Consider a name change
“It just sounds like a buzz kill,” Recchio said of the term “drug store.” “We need to stop calling them drug stores; we need to reinvent the DNA. ‘Drug’ sounds like we’re in a back alley,” she joked. “They’ve done a repositioning of themselves; …they are a health, beauty, wellness and lifestyle store.”

Redesign the layout
Redesign the layout: “Are we rats in a maze?” she asked. “Stores have endless aisles, and it becomes a job and laborious [to shop]. We’re not helping them to navigate; we’re asking the consumer to do all the work.”

She encouraged brands to sit down with retailers to collaborate on how to go beyond the “hook and hang” mentality. Too often, the mass market world is too much about “don’t touch, don’t open,” Recckio said, adding that many packages in cosmetics aisles ruin her manicure just opening them. “We need to let her pick and play, or we’re not going to produce.” How space and real estate are used must be revamped to add a dash of entertainment.


Magnify the products
No matter the age of the shopper, eyes are getting strained from computer use. Packages are packed with more ingredient information than ever, and consumers want to know what ingredients they are putting on their skin. One clever solution Recckio has seen is hanging magnifiers that could be positioned in the beauty aisles. That also will help with shade recognition, which is one of the biggest issues at mass when shoppers are trying to zero in on the right color for them.

Sampling and testing
Acknowledging the challenges of handing out samples or keeping testers fresh, Recckio said it is time to tackle the issue. “If we’ve learned nothing [else] from the success of Birchbox or Glossy Box, it is that people will pay for a sample,” she said. People will pay to sample, test and try, she added. That insight can be translated into drug stores, where there could be a kiosk or machine where people could pay a small fee for a trial. “The whole world of sampling needs to be reinvented verses the coupon game,” she said.

Install a sink
Shoppers can be reluctant to try certain products, such as a new body wash or lipstick, if there is no place to wash off the product. It might be hard for an existing store, but that’s not so with new construction. “We’re expecting someone to buy a new body scrub, but you can’t even wash your hands. It is a simple thing, but it is where you can get intimate and work on the consumer experience. If every brand put in $100 dollars, it could pay for the sink,” she said. “No one is thinking strategic alliances — you could even put in Bounty paper towels!”

Virtual service
Upon landing in Las Vegas recently, Recckio was met by a virtual greeter. With human staffing costly, a virtual greeter is an option that could welcome customers and answer programmed FAQs. “Consumers are looking for navigation, and embracing some of this technology could be fun,” she said. Add to that in-store partnering with the growing cadre of augmented reality apps to help the shopper experience.

Talking products
Recckio currently is working with a company that puts codes on products, allowing people to use cellphones to get information about products they are researching and hear the package explain the product. “You could even put the phone up to your face and it would tell you what shade to get,” she said. The technology also can help retailers track counterfeit beauty goods.

Shopping cart upgrade
“I am passionate about the shopping cart,” Recckio said. “They are so dirty, and they have these pick holes. If you pull a lipstick out of the gravity feed display and throw it in the basket, it is ending up on the floor. I don’t get it, and I don’t understand why someone hasn’t reinvented the shopping cart, especially for beauty.”

Go back to the industry’s roots
Some competitors have beat the industry at its own game. Such specialty stores as Bluemercury have mimicked the heritage of the apothecary. “We have to get back to the authenticity — the experience. We can’t just hook and hang and hope for the best.”

Recckio suggested a coalition between brands and retailers to spruce up the presentation, which includes getting products out of traditional packaging. She also takes drug stores to task for a dearth of mirrors, “We’re selling beauty, but you can’t find a mirror in a store. I might see I look washed-out and decide I need blush.”

New lighting options
Some of the lighting in drug stores today actually damages the color of makeup, Recckio said. With some shoppers digging through packages and opening them to see hues, the shades themselves can be negatively altered by the store’s lights. She forecasted a future in which chains install an entirely different type of illumination.
Advertisement
Advertisement
Advertisement